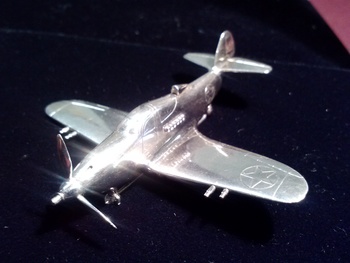 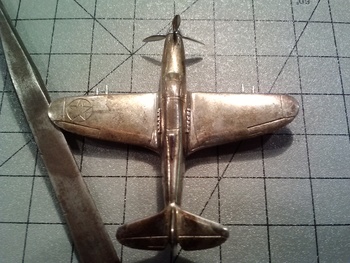 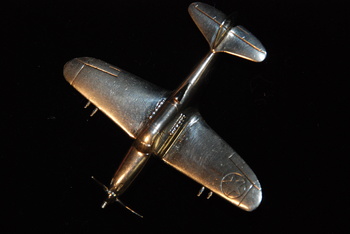 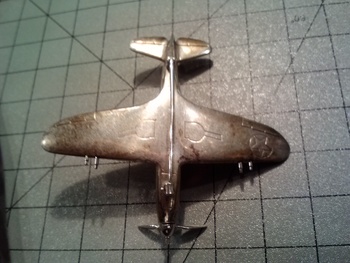 In July of 1941, Test Pilot and Eastern Airlines Pilot, Andrew Charles McDonough, at the request of Bell Aircraft Company, test-flew a P-39 Airacobra 107 miles per hour faster than the speed of a .45 caliber automatic bullet. Starting from an altitude of 27,000 feet, test pilot McDonough sent the P-39 Airacobra into a controlled free drive, in which the plane was unassisted by engine or propeller forces, plunging toward the earth at a record-breaking speed of 620 miles per hour, a mere 141.2 miles per hour short of the speed of sound! The pilot was unharmed, and there was no damage to the plane. At this point in aviation history, McDonough had flown the aircraft faster than any man on Earth! The test flight led to the crafting of a new nickname for the P-39 Airacobra: the “Silver Bullet.”

At this point in aviation history, the goal of the Bell Aircraft Corporation was to support and uphold the “War Effort.” Due to the secrecy surrounding all elements of war, and the further development of the P-39 Airacobra, the true historical significance of this aviation feat was not publicly disclosed or realized. However, Larry Bell and the engineers of the Bell Aircraft Corporation had constructed an aircraft that would and did approach the speed of sound. After World War II, the BELL AIRCRAFT CORPORTION went on to build the X-1, X-1A, X-1B aircraft, and so on, shaping aviation as we know it today. The P-39-Airacobra, the "Little Silver Bullet", was the first step in the development of these sophisticated, faster than the speed of sound, aircraft.

Thank you for your time. Feel free to contact me with any other questions . Wayne Hugh Long, (whlong2715@gmail.com).