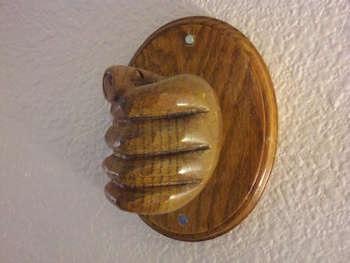 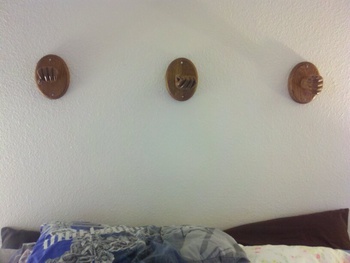 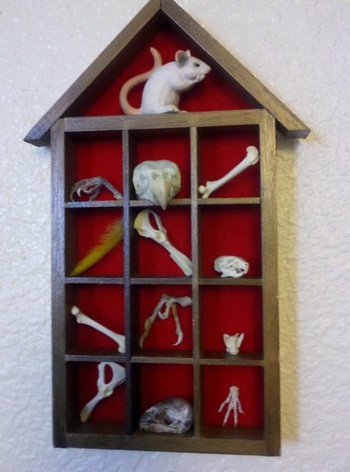 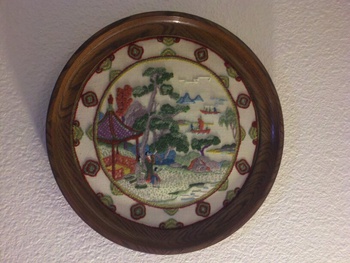 I found three of these carved wood fists and about fell over.
I put them over my bed...and would now like to pair them up with a "Fists of Fury" poster - the whole idea of that just makes me well up with giggles.
It appears as if there were some sort of rings that hung from the hands. Maybe to hold dish towels? Two of them had flour in the crevices.

then there's the little cabinet thing for displaying some of my bones...

and last, a really nice needlepoint. its about 13" across. the frame is like oak? I think.

I just had to share these fists with like minded folks LOL
And see what you guys thought they might be...
They're the weirdest things I've found in a long while