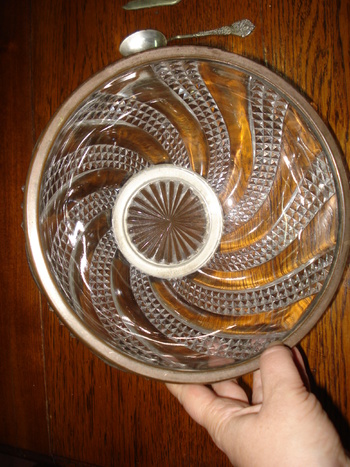 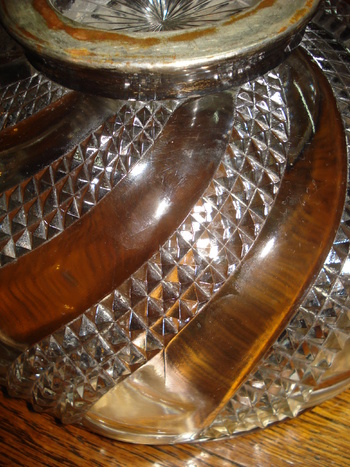 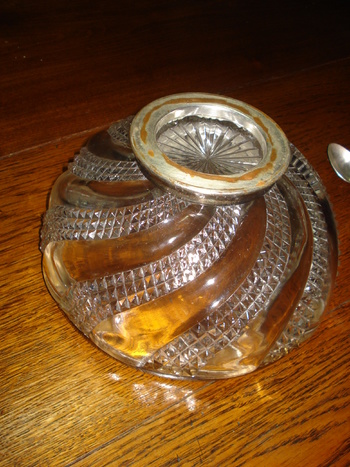 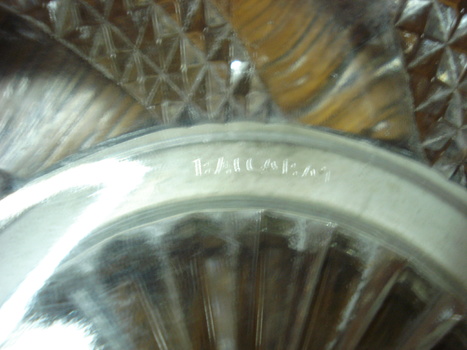 This large heavy (a bit more than 2 kg) bowl was bought yesterday to a new dealer, a shop called “Garage sale” in a little town near Mendiolaza. I cost us about 20 U$. We usually go by this road but on weekends and yesterday we did it early during the morning and it was open. We bought several thinks because the prices were affordable. The bowl is in the 1916 Catalogue (glasmusterbuch.de) as garniture de toilette mouleés monteés (toilet set mounted of pressed crystal) as being the set of the pitcher with the bowl (pot et cuvette) with the Serpentine pattern. As you can see it is marked Baccarat (last picture) and Depose. The material contains lead and the sound it makes is better than that of a bell. I tried to catch the intense bright and the scarf of the mold that is almost invisible. Baccarat shifted during this years before the WWI from the Art Nouveau to Art Deco and this pattern is a great example of the transition.