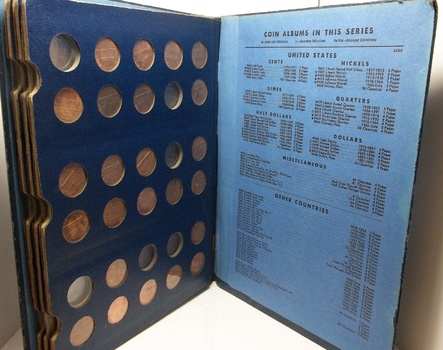 Hi, I just started collecting coins after I found whole bunch old coins in my old farm house. I have bought almost all the folders. I just found out that some pages in the folders have no date under the hole and I want to write under it. But I don't know how many kinds ever been produced so I can write the correct date. For example: on the blank space, I put 1973 coin in and wrote down 1973 and I put 1974 coin in the very next hole. After having this done, I found out that there are coins with D, P. S on them. So I have to take out all the coins I pushed in the holes.
I just wonder if there is a place that I can get entire whole list of the kinds of coins.
Thank you very much for your help1