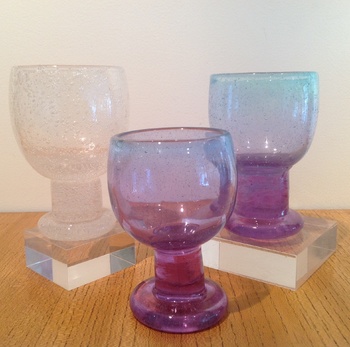 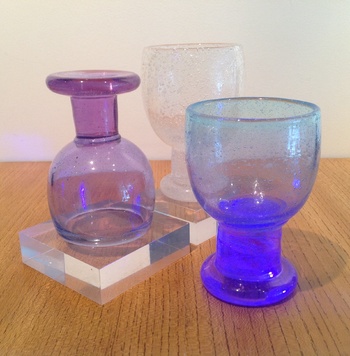 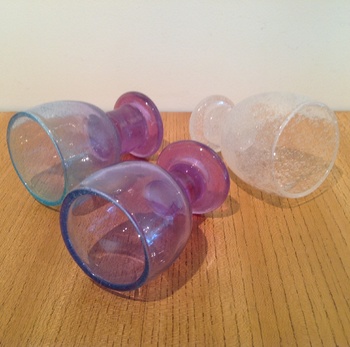 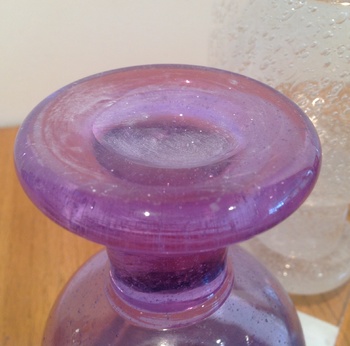 One of my first eBay purchases were three pulegoso goblets ..... one signed in full from the 1971 series that is called 'Iglu'. these are the other two glasses that I bought that day.

These two glasses are not signed but we're bought with the signed white example posted earlier on CW. On another site I've had comments about them being by Toikka from the Iglu series too. I've also had comments that the colour is unusual. Most of the Iglu series is either white, green or cream.

These two are Neodymium glass. The colour changes from the pink/blue tones to a light blue under fluorescent light. I've also found that it also reacts to black light as you can see in one of these photos.