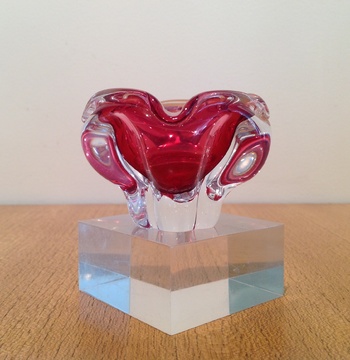 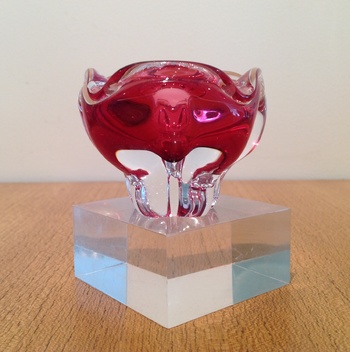 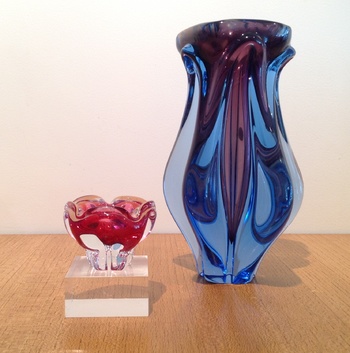 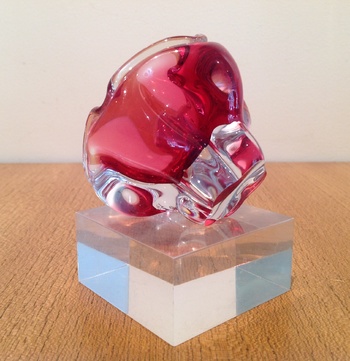 A few months ago I found little at the local Collectors Fair until I decided to leave in frustration. Then this little jewel caught my eye. The shape so distinctive.

Chribska vases are not to everyone's taste ..... but the form is ubiquitous and that tells you something of their popularity at the time.

Josef Michael Hospodka (* 01.21 1923 + 08.01 1989) for the Chribska glass firm. Hospodka was born in Svihov and was educated at the State School for Graphic Arts in Prague from 1938- 1940. He became a pupil of prof. J Holocek at the Academy of the Arts during the period 1940 - 1945. Afterwards he became a teacher at the glass school in Novy Bor where he headed glass cutting techniques section. He also worked at Chribska doing coaching classes in moulded glass. In 1956 Chribska opened a new glass furnace and got involved in new glass production techniques. In 1958 Hospodka became the head designer of Borske Sklo and later became a director of that great firm. From 1970 until 1985 he was the Director of the Glass School in Kamenicky Senov and up until the time of his death was designing freelance for Crystalex Novy Bor.