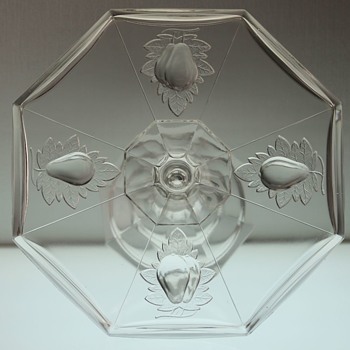 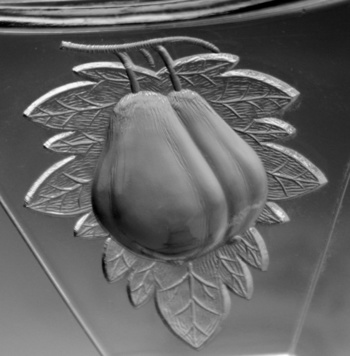 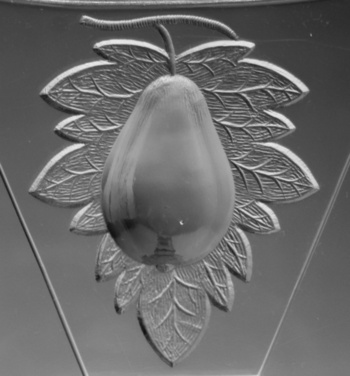 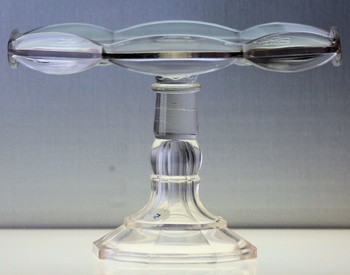 The 'Gipsy' pattern by Adams and Co. appears in catalogs in 1981, The pattern is probably best know by the AKA of 'Baltimore Pear' and some forms of the pattern were reproduced by Jeannette c1954; the reproduction pieces don't have the detail of the original and the fruit appears to be rather flat. Which bring to question: just what is the fruit depicted in the pattern? Artistically, is the leaf a single leaf or a collection of smaller leaves?

(the close-up images were converted to greyscale for detail)