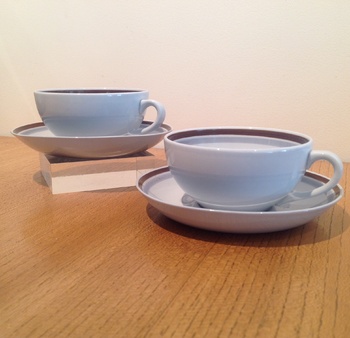 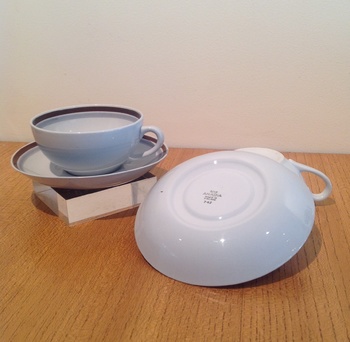 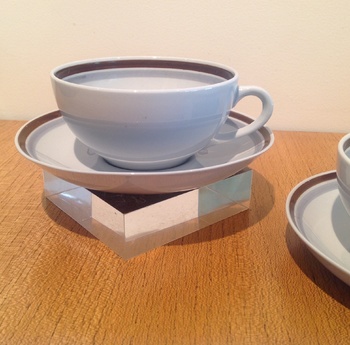 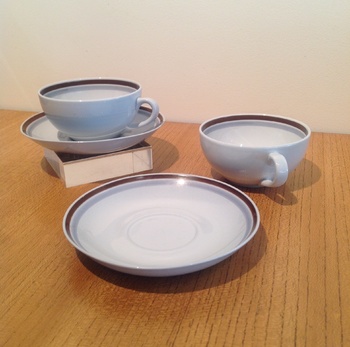 Three days ago I headed off to the Salvo's and was attracted by these two chocolate (or coffee) cups and saucers. It was the shape that attracted my eye .... I turned over the cup and there was no mark ...

The mark was under the saucer! Arabia of Finland !!!!

I was really surprised with the form and the decoration. It just looked too 'refined' for Arabia. More fool me, I suppose. Definitely Scandinavian Modern but with a traditional European elegance.

I believe the mark also includes a date code for March 1962.

But the design is a mystery ....
Both the design name and its designer have so far eluded me.
I'd appreciate any help from the CW Crew !!!!