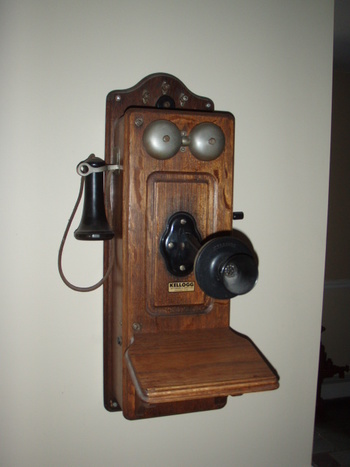 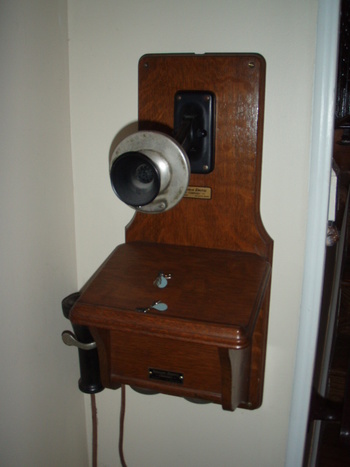 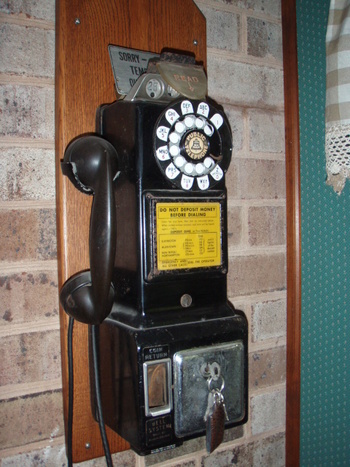 These are a few of my phones that I collected over the years. The first wall phone is a Kellogg hand crank residential phone with an oak body. I believe it is from around the turn of the 20th century. The second wall phone is a Western Electric fiddle back phone, called so because of the fiddle shaped oak wall mount. It has no crank to call the operator. You would tap on the receiver a few clicks to get the operator's attention and you than told her where your call was to be placed. This phone dates from the 20's or 30's.
The third phone pictured is three slot pay phone by Automatic Electric Co. I was immediately attracted to this phone when I saw it because is a local piece that covered the small community that I live in. I believe this phone to be from the 40's or 50's.