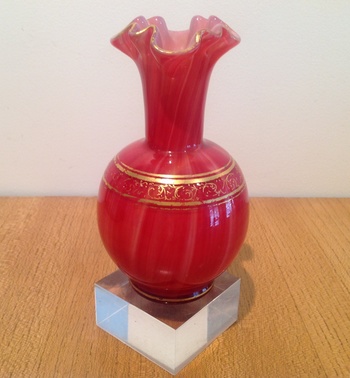 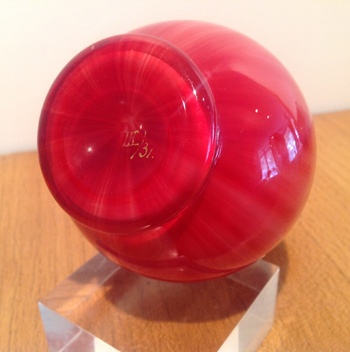 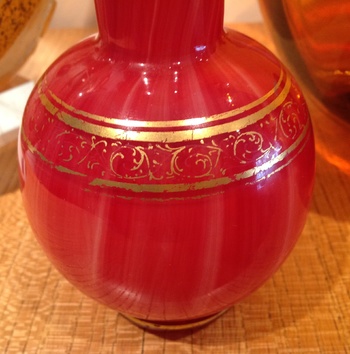 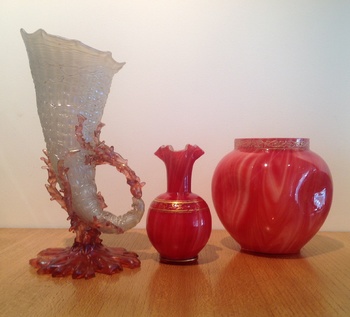 Five months ago I came across my first piece of 'Karneol' and posted it on CW. It's pictured here with a new smaller piece and a Loetz Chiné vase.

I was able to find this little vase in a regular haunt here and noticed that it had a gilded mark under the price sticker. Just one edge was visible. The dealer took off the sticker and I was hoping that the mark did not adhere to the mark .... luckily it had not been on long.

When I got home I checked out the numeration and saw that it included a III / 31. Even better ! Unfortunately the gilding is pretty worn but I think you should be able to work out the pattern in photo 3. No enamel .... just the scroll work with two bands top and bottom. A gilded band to the foot.

My collection of early Loetz is slowly increasing.
Festina Lente !!!!