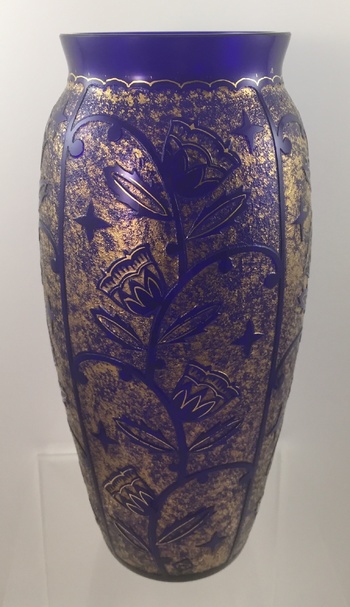 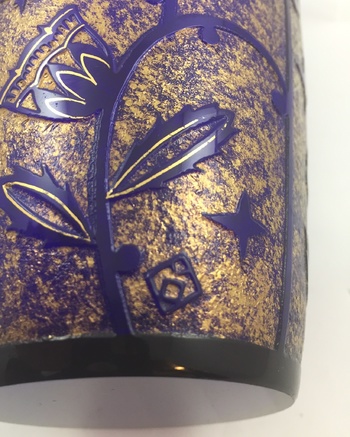 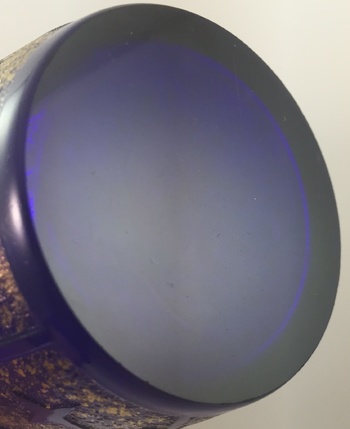 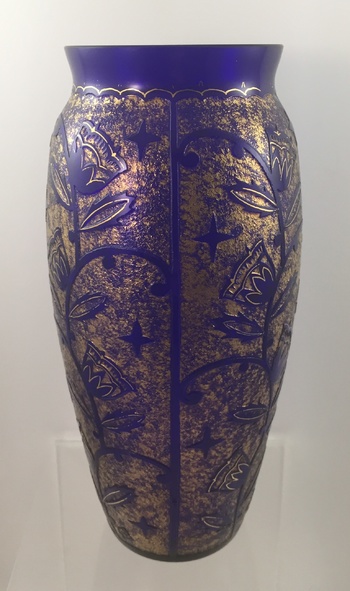 The glass refinery run by Johann Oertel (Jr - the elder Johann died in 1909) had close ties with the glass school in Novy Bor (Haida) and executed many of their designs right up until the start of World War II.* They also executed many designs for the famous Wiener Werkstätte.

This example is in dark blue glass, mold blown, acid-etched in a single operation, then with partially painted gilt lines and gold enamel applied in the background. The rim and the base are finely ground and polished. Marked with the Oertel cypher "Ö" within a diamond on the body of the vase in the same manner as the etched decoration (see 2nd photo). The decorative motif is typical of those coming from the glass schools in Haida and Steinschonau in the early part of the art deco period - unmistakably Czech and always perfectly executed, which is why I love them so much.