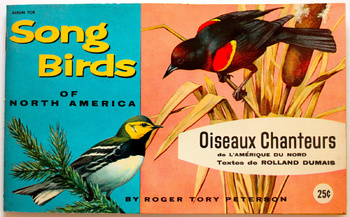 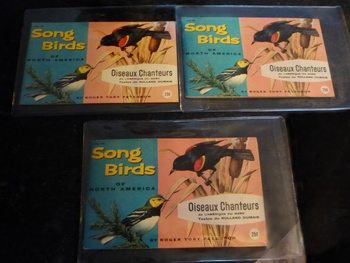 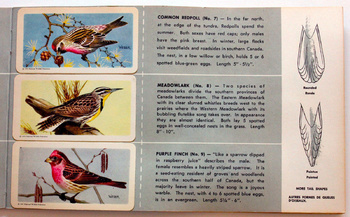 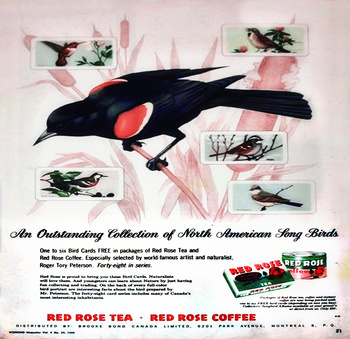 Issued in Canada and America in Red Rose Tea. You had to send away for the albums taping your 25 cent coin to the order form.

These books are now fairly rare. This is the first album they put out and manufactured in Canada. So this one since it is the first book of the series, is hard and expensive to get.

My mother drank Red Rose Tea and Blue Ribbon, so we were happy to get the cards when we were kids, I seem lucky to have gotten this card and the rest in the series of Brooke Bond cards. The later ones are easy to get. I have had this for a while, but I have also ordered from an England collection, 2 or 3 more. I like to have at least two without cards and also 2 albums with cards. I am a stickler for condition also so many I will not buy unless the condition is stellar. It is hard to get this book in excellent condition. This one I would rate as very good condition as my standards on condition are usually higher than the sellers. The stain on the bottom of the card page above is actually not at all visible in the book, so it must be lighting. I will add comments when I get more of these. This is 10/13/2015. 2 more received Nov 4/2015. One received Nov 7/2013 for a total now of 4 of these books.

Brooke Bond Canada Limited
Cards were enclosed in Red Rose and Blue Ribbon
Trade mark in Canad by The Walker Press, Paris - - -Toronto
Copyright 1959 National Wildlife Federation
" The awakening of interest in the natural world is the
first step in building public appreciation of our
dependence on soil, water, plants and animals and
their conservation. These beautiful bird cards
will greatly encourage such understanding. "
Audobon Society of Canada