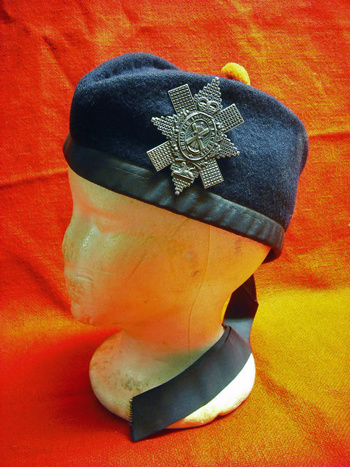 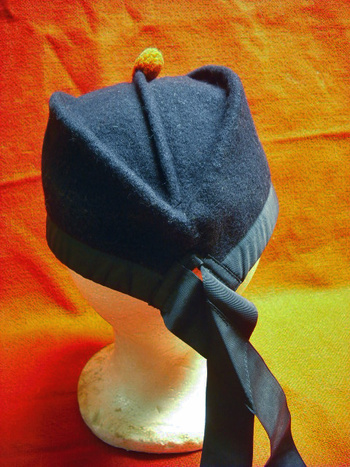 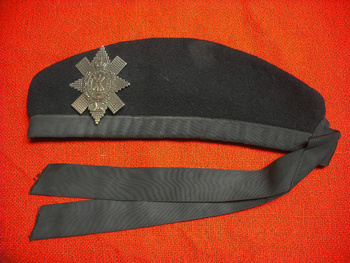 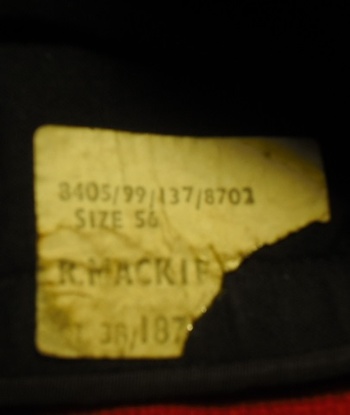 The traditional Scottish glengarry dates at least to the late 1700s, and by the 1850s was the undress cap for most Scottish Regiments. It was so popular that from 1868-1897, most British regiments wore the glengarry, Scottish or not.

The badge did not come with the glengarry, but I think I have the right pairing. Feel free if someone knows differently. I’ve used the other ranks pattern that was sealed in 1956, featuring the “Queen’s Crown” of Queen Elizabeth II.

The Black Watch was originally formed in the early 1700s to patrol (to watch over) the highlands. It may be that their name came from the dark tartans they wore, or possibly as a negative reference (black hearted) due to being a pro-government militia. From 1747 until 1881 as the 42nd (Royal Highland) Regiment of Foot, and after that as the Black Watch (Royal Highlanders) it has a history few other regiments of any army could match. Unfortunately, in 2006 it ceased to exist as a regiment, but continues to live on as the 3rd battalion, Royal Regiment of Scotland.