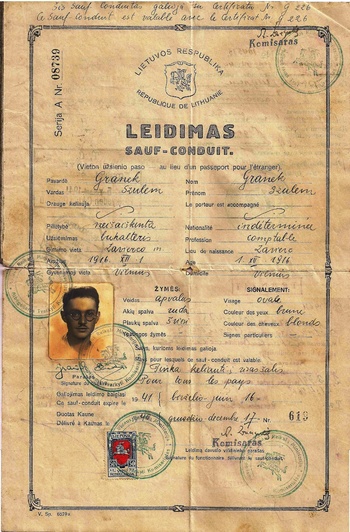 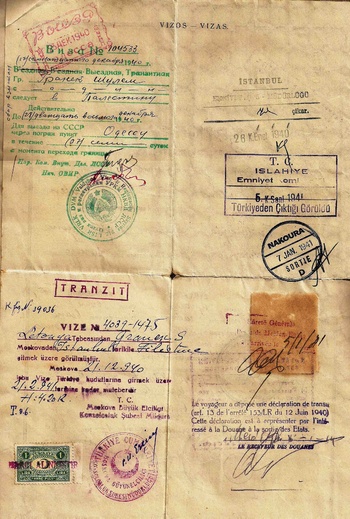 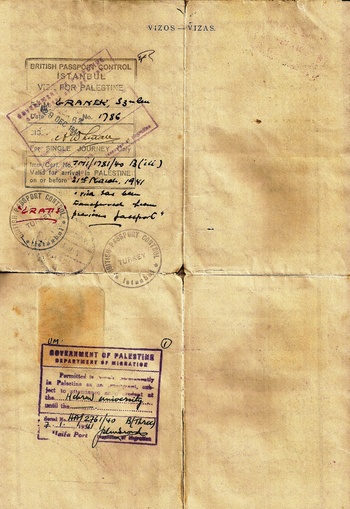 1940 document used by a Jewish refugee to leave the country AFTER the Soviet occupation has began, for British Palestine. The British entry visa was issued by MI6 agent Arthur Whittall stationed in Istanbul, Turkey: he is well known in Israel as one that issued hundreds of life-saving entry visas into the Mandate during the war.