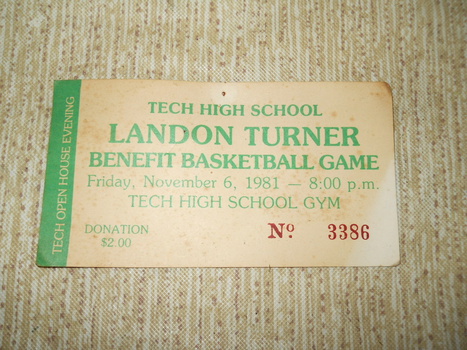 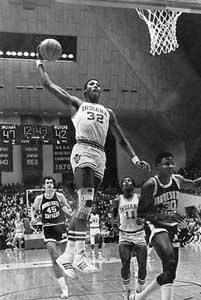 This is ticket stub from a Benefit Basketball game for Landon Turner. The game was held on nov. 6 1981. Landon Turner played at Tech High school in Indianapolis In. Then went to I.U were he would win 1980-1981 championship for Bobby Night along with Isiah Thomas, Randy Wittman, Jim Thomas, Ted Kitchel. Landon Turner was paralyzed from the chest down in a car crash July 25 1981. I went to Tech High School from 1976 to 1978. Landon was a super star.