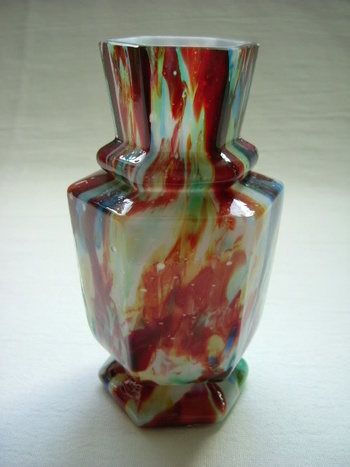 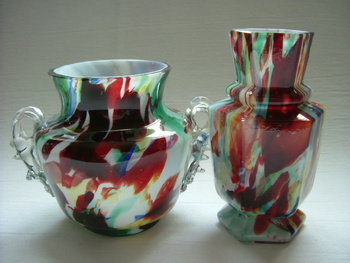 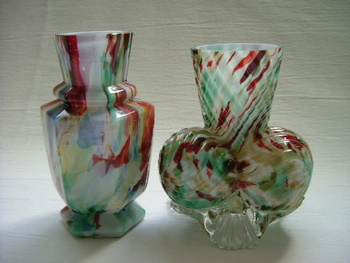 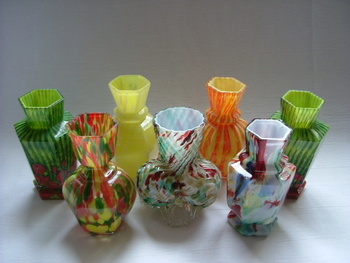 I tend to think of these small hexagonal vases as being from the Art Deco period. Often their angular shape and décor support this. However this décor also appears on pieces from the Victorian period, as you see above.

On very small spatter pieces you can sometimes get only a part of the spatter which can be misleading.

Image one shows a general impression.
Image two shows the darker aspect of this décor.
Image three shows the lighter colours in this décor. Only on seeing this did I realise that the three ball footed vase is in the same décor! It's been only a couple of feet away from the darker versions of the same décor for months now!

Image four shows them all. There's an interloper as I like an odd number for a display.