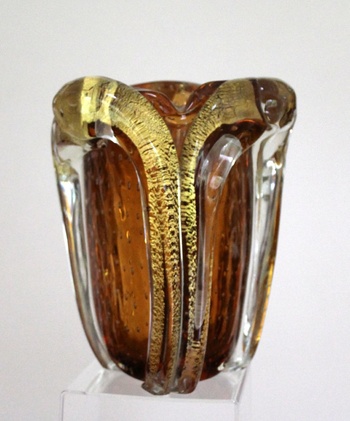 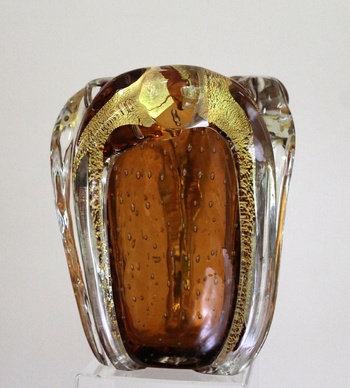 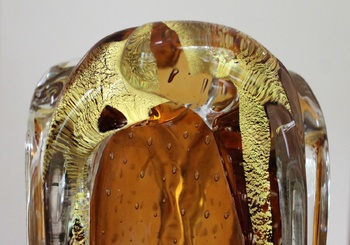 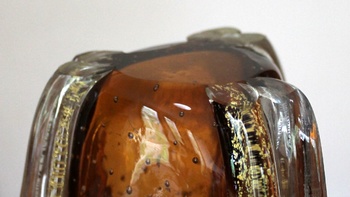 Dating to around the 1960s this vase has been made at Iwata studios, to a design believed to be by Toshi Iwata.

I don't know how many people were involved in making this; it weighs around 6kg and I can't imagine manipulating a lump like that on the end of a pipe.

Amber bullicante glass has been blown to an approximate square and then clear cased.
Really thick clear trails have been added to each edge and included in those trails are gold sheet. I'm not sure how they managed that!