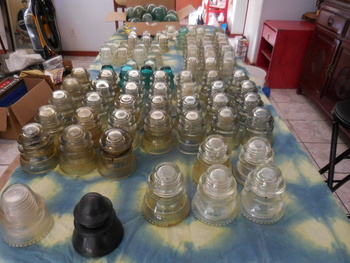 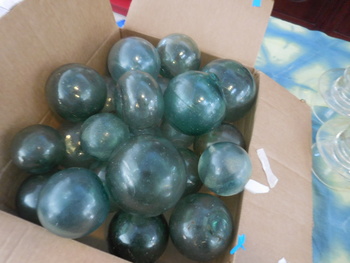 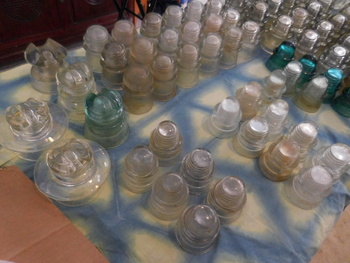 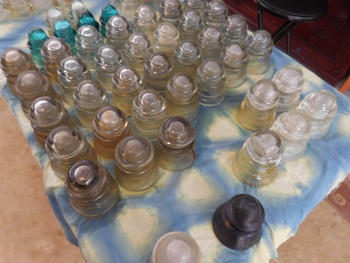 I went to visit a man about something he was selling. I saw three insulators sitting on the ground. I asked about them and how he got them. He shared his story and told me he thinks he has a few lying around his property, but I would have to look for them and probably dig them up from a pile. I told him I would look at it another time. He insisted that I look for them with him and he started walking. Well we found them buried under some piles of aluminum and rubbish. He asked that I take them if i wanted to, so I just offered him some money as I thought they had some value. He had these pictured, plus I have 2 more 5 gal. buckets to sort through. These are all in good shape but a little dirty. No chips or cracks. He then tells me he had some Japanese glass floats, but I would have to dig them out of the weeds. I did pretty good today!