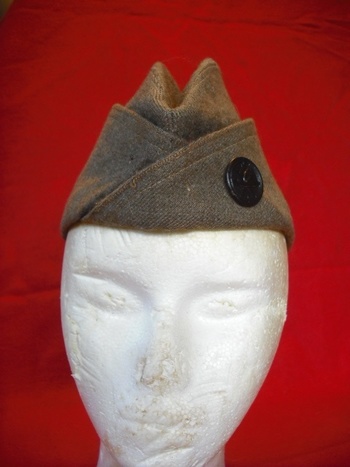 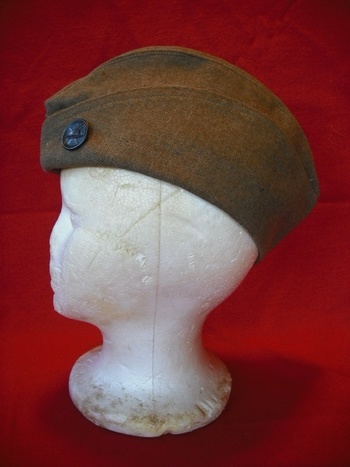 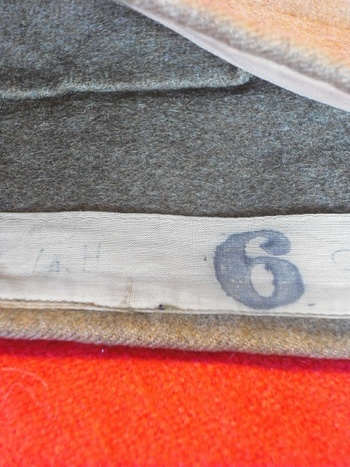 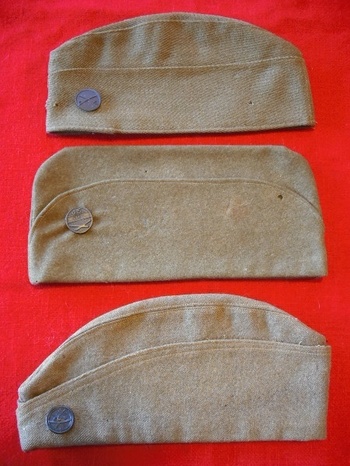 When America joined the war, The Army had a stiff peaked garrison cap and a wide brimmed “Montana Peak” style campaign hat. Neither cap stowed well in a duffle bag or worked well in the trenches. Besides, what do you do with your Smokey the Bear hat when it’s time to put on your helmet? So, the Army began issue of the “overseas cap” to members of the American Expeditionary Force. It could be stuffed in a pocket or, at least in theory, worn under the helmet.

Although other allied forces were already wearing side caps, America’s first effort was a shapeless mess. This new and improved model was first authorized in April 1918. Initially the order didn’t call for any insignia, but within weeks an order came out that “Enlisted men shall wear on the overseas cap the button insignia prescribed to be worn on the left hand side of the collar of the service coat.” Eventually the caps would be made with a reinforced hole for the post of the collar insignia.

During WWI, enlisted ranks wore no colored piping on their overseas caps. This particular cap came to me with no insignia, and without the hole for one. Fortunately I had some period French made US insignia that were pin backed instead of a thick post, so I could attach one without making a hole in the cap. It’s quite possible that’s what the original owner did that too. This particular insignia is for an enlisted man in the Motor Transport Corps.

As is normal with this issue cap, it’s made of rough wool and has no liner. The sweat band was a light color cloth. In this case there is no label or maker stamp, just a large “6” that seems to match the size. There is some handwriting on the band that’s mostly illegible, but includes “L(?) H.” and “COA 384”.

These caps were never issued to soldier’s serving stateside, and ceased to be worn shortly after the Armistice. If you see a soldier with an overseas cap in a stateside photo, he is likely a returned veteran.

The final photo is for comparison with the other caps I’m posting today. This cap is at the bottom.