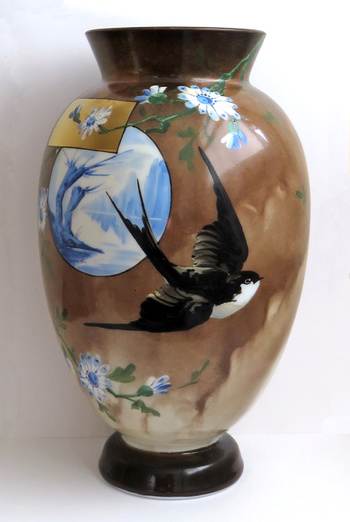 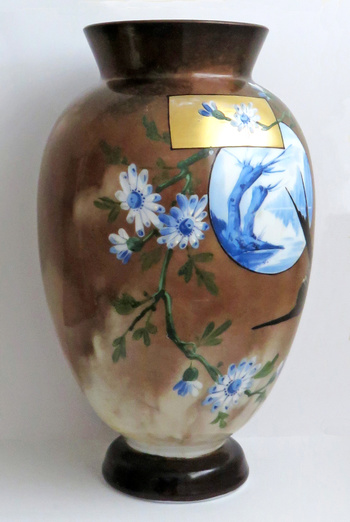 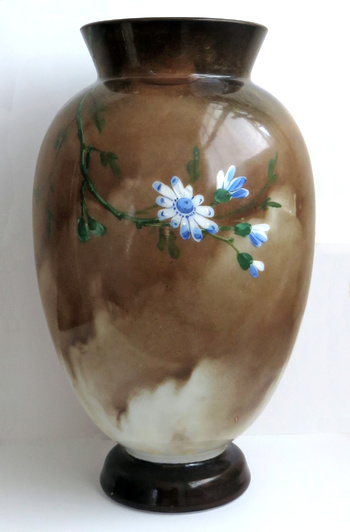 This Baccarat vase is one of the heaviest I own; it stands 10" tall and the opaline glass is very thick, with a finely ground large pontil on the base. There are the faint traces of a red numeral on the pontil, as well. This particular vase shape was used quite a bit by Baccarat. The vase depicts a Japonisme theme of a swallow flying over a scene of blue willows depicted in the classic Japanese style. Interestingly, this vase was attributed by a well-known Asian art appraiser as Japanese, from the Meiji period (September 8, 1868 through July 30, 1912); it most probably dates to about 1880.