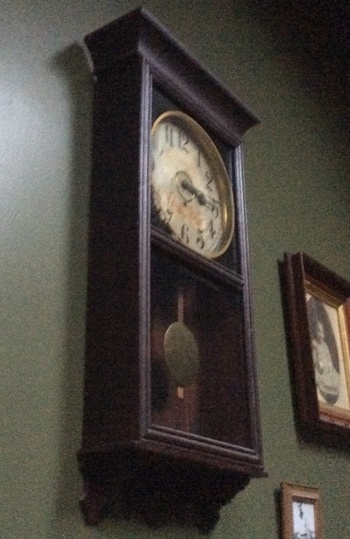 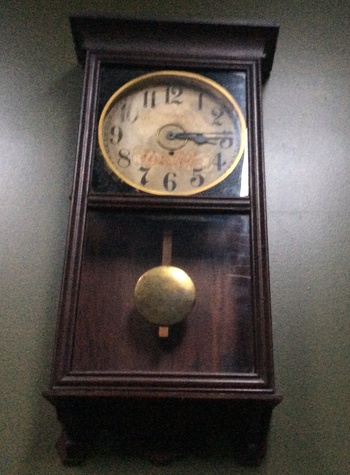 This clock came from my Great Grandmothers house. The only thing we knew about it was that Grandpa brought it home and Grandma didn't like whatever was on the face of it so she cut the words 'God Bless Our Home' from a magazine and glued it on the face. We could see bits of red around the words she had put on but we had no idea what was underneath. When my mother gave me the clock, I wanted to remove the cut outs but had no idea how. I found a man who offered to restore it for me, and we were all surprised to see Coca-Cola underneath. The only other thing I know is that I was told Grandpa brought it home in the early 1900's.