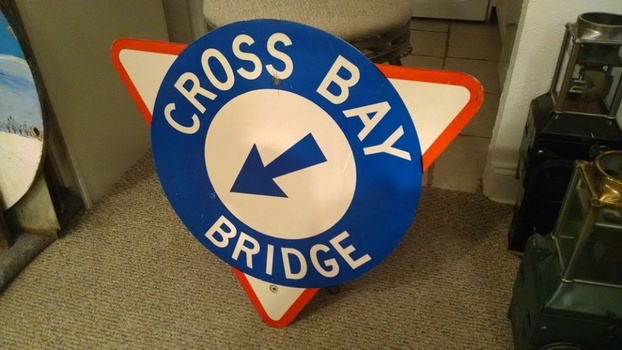 Dating back to 1965, this rare "CROSS BAY BRIDGE" shield sign directed motorists to the span.

First built in 1939 as a drawbridge, it connected the mainland of Queens in New York with the Rockaways. In later years, by the end of the 1960s, the drawbridge was dismantled, and a new bridge took its place. It opened to traffic in 1970.