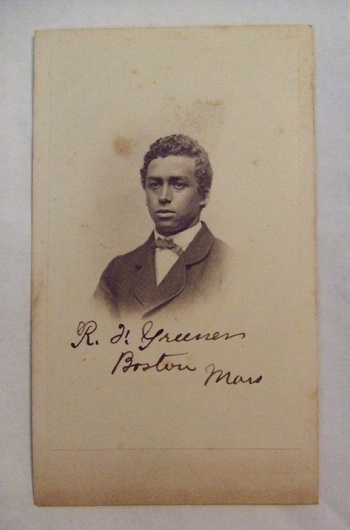 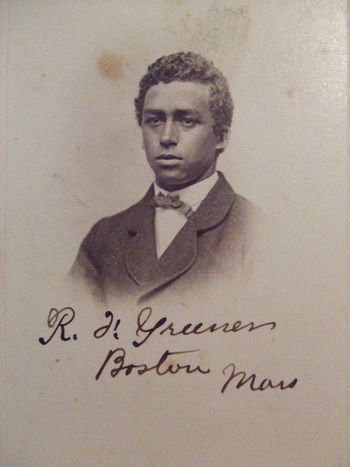 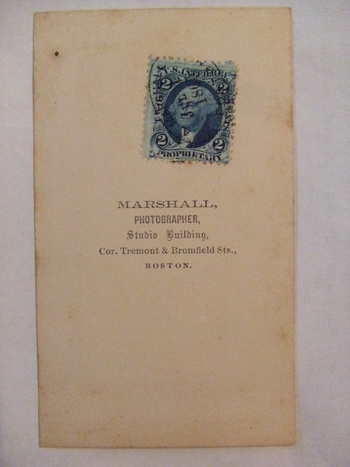 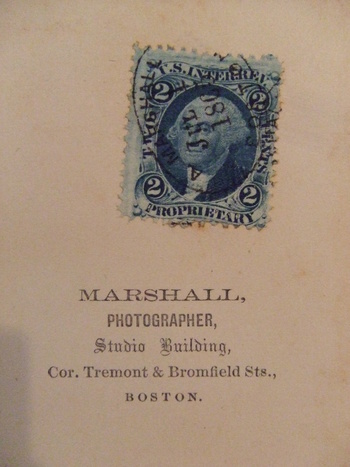 This came in a grouping that included the Phillips Academy baseball team.

Richard T. Greener graduated from Phillips in 1865 and had this photograph taken, AUTOGRAPHED it, and exchanged it with another student. The tax stamp on the back clearly dates it to 1 JUL 1865.

Greener went on to become the FIRST African- American graduate of Harvard in 1870.

In 1874, he became the FIRST African- American Professor at the University of South Carolina and later served as Dean of the Howard University School of Law.