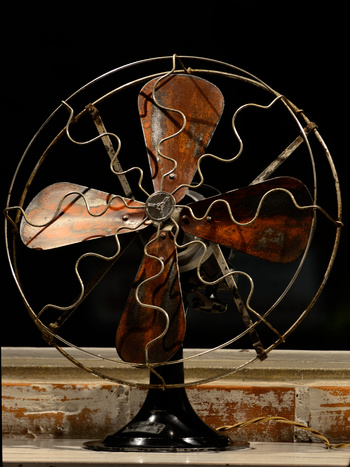 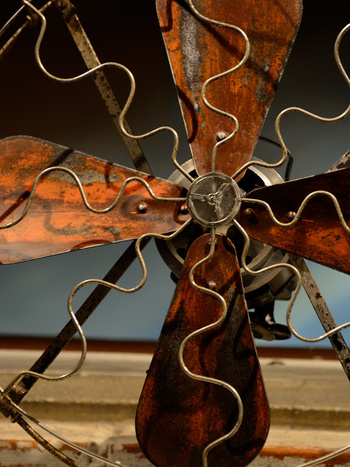 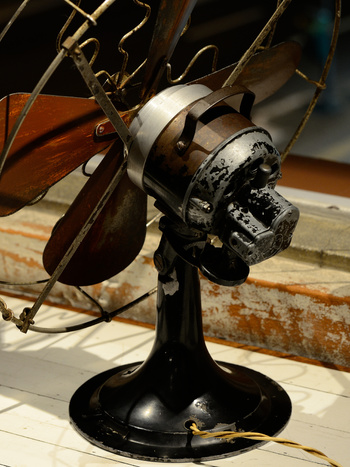 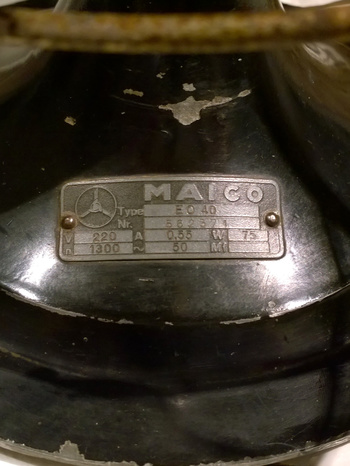 I have seen a lot of old fans on CW lately so I decided to post my not so pretty MAICO EO40 oscillating table fan. It is not in its best shape but still works. It is noisy and the oscillating mechanism doesn't work cause it's missing a gear.

The blades were painted in an ugly and rusty brown that I decided to sand off cause I thought they would look better in black. Then I liked the "rat rod" looks it got, so now this is how it looks. The paint is missing everywhere and the general construction won't win any quality prize. This was probably a cheap product made during WWII or right after.

It has three speeds and the speed control is made through a very strange and apparently dangerous ceramic resistance placed inside the base.

MAICO was founded as Maico Elektroapparate-Fabrik GmbH in 1928 by Christian Maier in Schwenningen, Germany. It is still in the fan business.