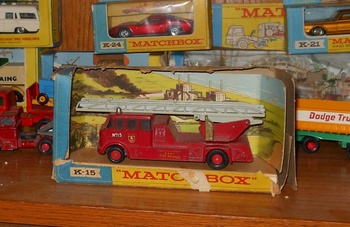 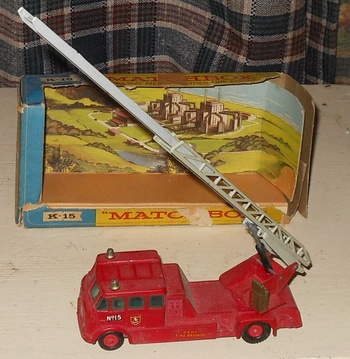 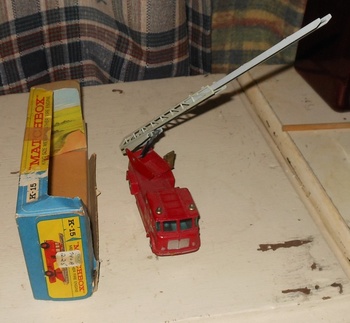 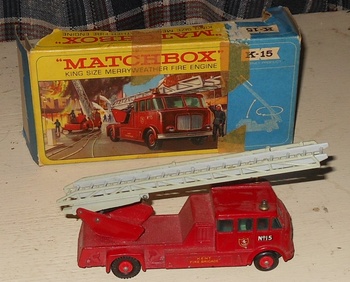 This is the Matchbox Kingsize Merryweather Fire Engine. It was originally released in 1964 and lasted into the Superkings era when it got mag wheels and had a metalflake paint job.
I am thinking this box came from 1967 as in 1968 the interiors had a plain blue background. The earliest boxes were all cardboard with no window thus 1967 could be 1966.
As can be seen it has an extending ladder which rotates 360 degrees.