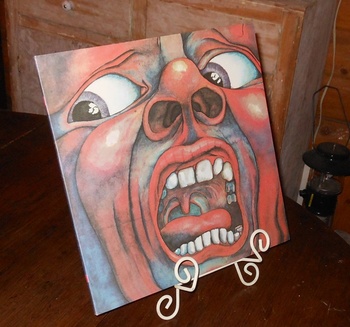 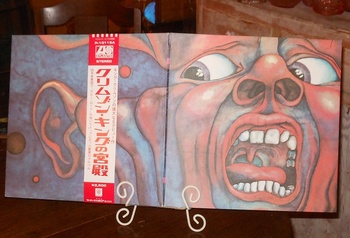 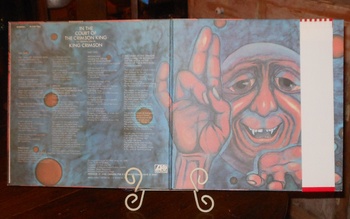 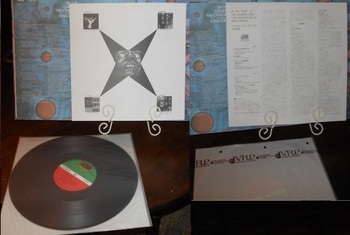 King Crimson's debut album from 1969. This is generally considered the first progressive rock album although there may be others such as The Nice. Progressive rock was based on classical music along with a bit of jazz instead of the blues. This is a Japanese pressing which were considered to be the best quality records. English versions also tended to be a bit better than the American versions.
You can see this has the paper strap on the back side of the cover. Also a lyric sheet in Japanese of which both sides are seen in the last image.
The actual record is protected by a Disk Washer VRP (valuable record protector) sleeve.
This was back from my audiophile days when I used a $100 stylus and a Technics direct drive turntable.