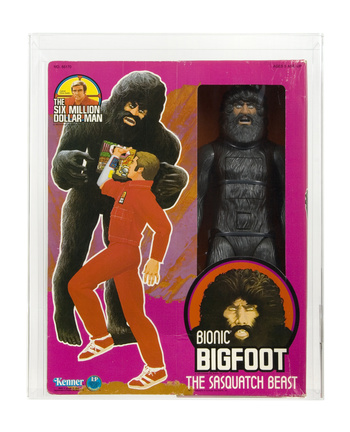 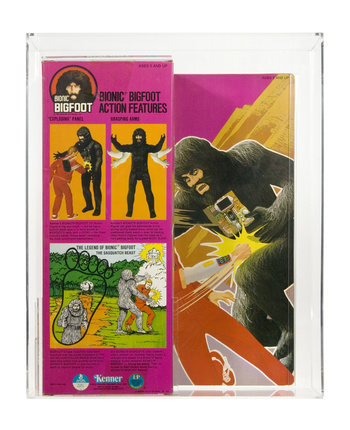 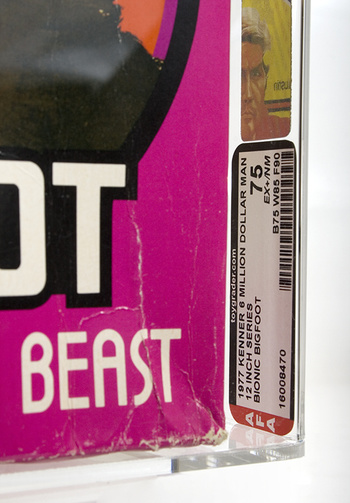 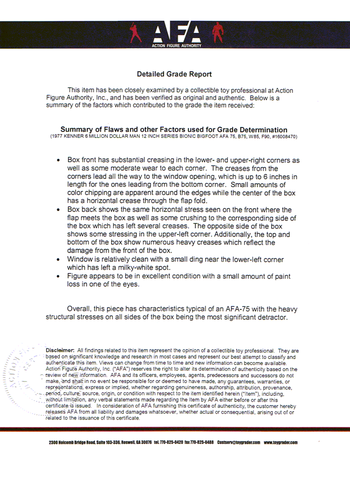 The main reason for this figures rarity is the fact that this character was only released in the US whereas other characters were available outside of the US. The figure itself lacked the number of special features that were consistent with the other characters in the series. The Bionic Bigfoot's only feature of note was a removable chest plate which would release when a button was pressed on the figures abdomen.

To preserve this items condition, I got it graded by the Action Figure Authority (AFA) at www.toygrader.com, who authenticated this item and confirmed it as being unopened by verifying that the original factory tape used to seal the box, was still intact. The Action Figure Authority graded this item at 75 which describes the condition as being Excellent+/Near Mint. Once graded, the AFA then sealed this item into an acrylic glass display case to prevent it being touched by human hands thus preserving the condition.

The detailed grade report provided by AFA, which lists the reasons as to why this item attained the grade it did, is available to view as an image on this listing. According to AFA's population reports, there has only so far ever been five of these Bionic Bigfoot's ever graded with the highest grade being an AFA 80 Near Mint.

Thank you for reading.