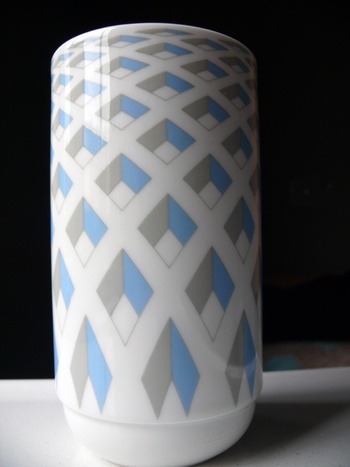 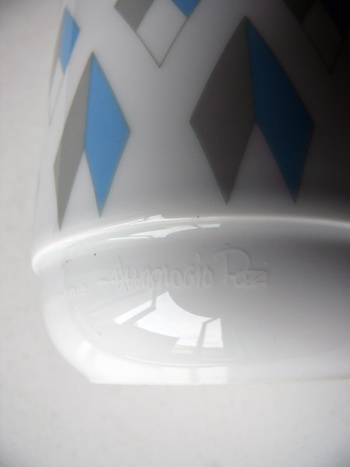 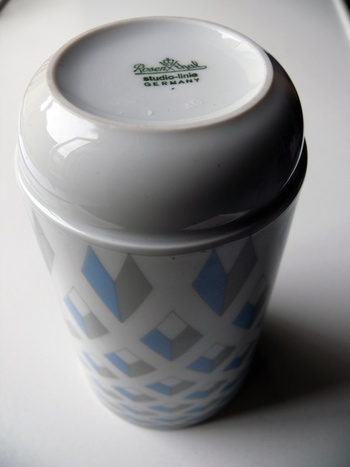 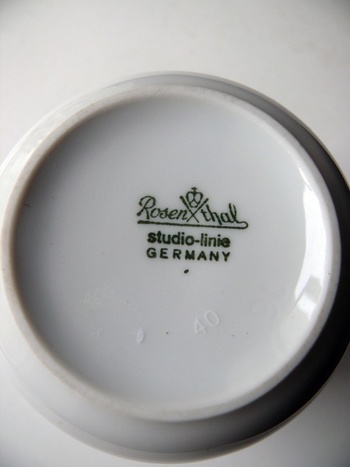 rare west german 1970s rosenthal op art vase, the vase itself is a design by Pozzi, the op art pattern by victor vasarely

Dr. Ambrogio Pozzi (*1931)
designer and a producer. he own a ceramics factory together with his brother, where almost all forms are designed by himself in his characteristic clear and well-balanced shapes. Pozzi started working for Rosenthal in 1967with designs like »Duo« and the series of vases »Circolo Pozzi« for Rosenthal studio-line.
Victor Vasarely (*1909 - † 1997)
Victor Vasarely was the most important "op-art" artist and is well known for his constructed pieces of art using a relatively small number of geometrical forms, and making use of optic illusions by colour, form and perspective. he worked for rosenthal from 1964