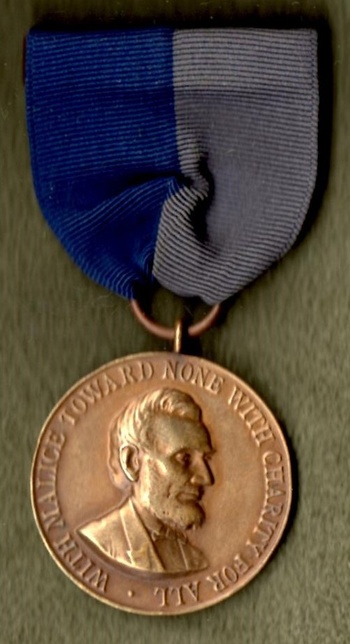 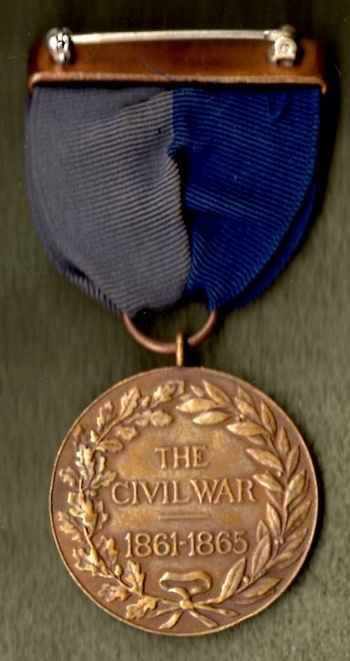 As mentioned in my previous posts, The US military did not have general issue campaign medals until 1905. So, between 1905 and 1907 the War Department not only established campaign medals for recent wars, but also a medal for the Civil War, which had been over for forty years, and for the Indian Wars, for which the last entitlement ended 14 years earlier. Both medals were designed by Francis Millet. Millet would be lost when the Titanic sunk in 1912.

At first, only active duty personnel and those on the retired rolls could be awarded the new campaign medals. This was changed in 1913, when they were made available through the U.S. Mint to discharged veterans who provided proof of eligibility. Some veterans, either because they didn’t understand or want to deal with government red tape, or they wanted a spare copy to wear to conventions, or just for convenience, privately purchased theirs from non-government vendors.

The medals shown here have no serial number on the rim. Although the government began issuing unnumbered medals at the start of the 40s, these two are more likely private purchase. The pin (Brooch) on these are of a type used on medals produced between 1920 and 1940.

The Civil War Campaign Medal was awarded to soldiers who served between April 15, 1861 and April 9, 1865 (Lee’s surrender); or in Texas, until August 20, 1866 (When President Johnson formally declared the war over). The wording was chosen so as not to agitate old hostilities still felt in the South at the time. The first issue ribbon had a series of red, white and blue stripes. As a further conciliatory gesture, this was changed in 1913 to the blue and grey shown here. One small difference between this medal and the issue ones is that it lacks the two-stepped edge around the rim. Otherwise it is very well made, with plenty of detail.

The Indian Wars medal commemorates over 30 years of battles between the Army and Native Americans listed at the end of this post. The reverse of the medal is the same as campaign medals I posted earlier. This is the second style ribbon. The first style, which was red with dark red edging, when worn on a ribbon bar, looked too much like the French Legion of Honor that had been awarded to some American Soldiers during WWI. I believe this particular medal was produced and sold by George Studley. He was a WWI Navy Veteran and after the war he started a business making and selling medals of all types. He would go to American Legion and VFW conventions and reunions to sell his wares, and eventually he put out a catalog. Although his business lasted until the early 1960s, I think this is a pre-WWII example. The clue it’s a Studley is that the planchet is about 50% thicker (3mm) than issue medals. Another difference from the issue medal is the wrong color thread used to stitch the ribbon around the brooch.

Entitlement for the Indian Wars medal:
1865-68 in southern Oregon, Idaho and the northern parts of California and Nevada.
1867-69 against Cheyennes, Arapahoes, Kiawas and Commanches in Kansas, Colorado and Oklahoma Indian Territory
1872-73 Modoc War
1873 against the Apaches in Arizona
1874-75 against Kiowas, Commanches and Cheyennes in Kansas, Colorado, Texas, Oklahoma and New Mexico
1876-77 against Northern Cheyennes
1877 Nez Perce War
1878 Bannock War
1878-79 against Northern Cheyennes
1879-80 against Utes in Colorado
1885-86 against Apaches in Arizona
1890-91 against Sioux 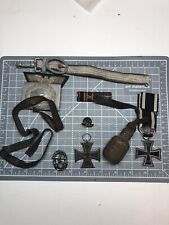 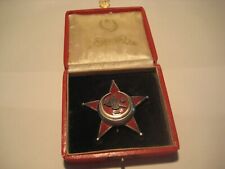 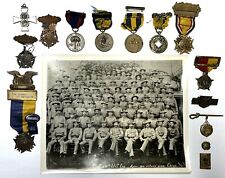