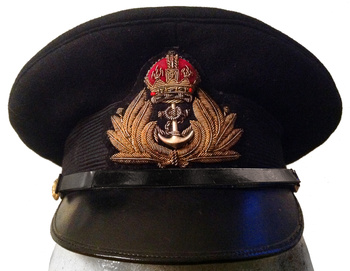 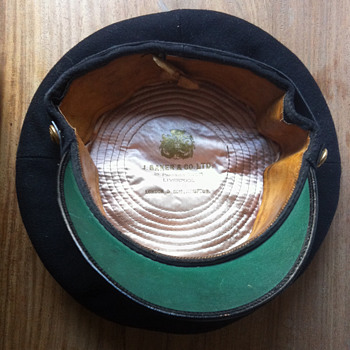 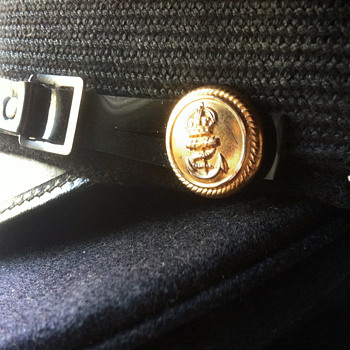 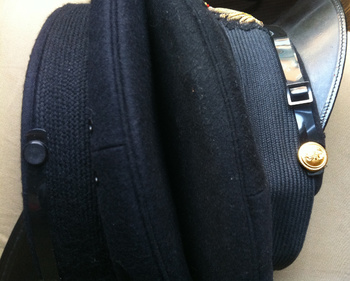 This Royal Navy officer's hat differs from the usual pattern inasmuch that it has two brass buttons at the sides instead of the normal flat black cloth covered ones shown in the last photograph.
I've heard say that some Commonwealth navies used these buttons, but the hat was made in Liverpool. This makes me wonder, were these buttons added later or was it issued like this? They have the King's crown so they are of the period at least.