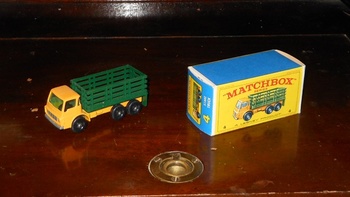 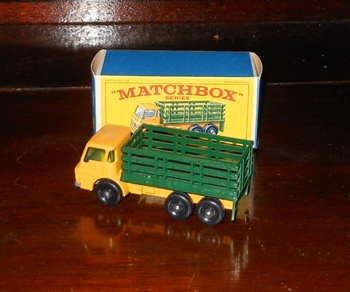 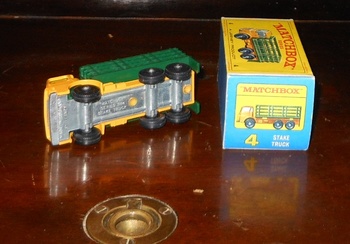 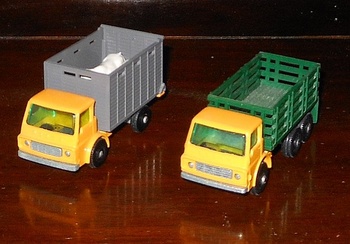 The stake truck was released in 1967 and used the same cab and chassis as the Cattle Truck wich had been released a year earlier. Unlike other models released at this time this one had no moving features. The cattle truck had a tailgate that moved up and down and two removable cattle. The stake truck is a Dodge which is not on the box but Dodge is embossed on the front of the truck.
The box is an E style box which was last released in 1967 and the truck first issued in 1967 putting this one solidly at 1967.