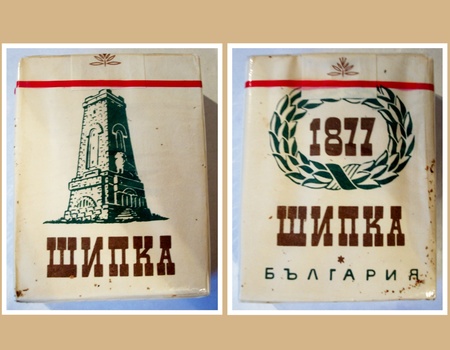 Commemorating the Battle for Shipka Pass in the 1877-8 Russo-Turk War that won Bulgaria its freedom from Ottoman rule. The tower is the Monument to Freedom erected in 1934 on Shipka Pass.

70mm
Appears to be a USSR pack (the warning label is typical of Soviet cigarettes, not Bulgarian)
Reads: "1877 / Shipka / Bulgaria"