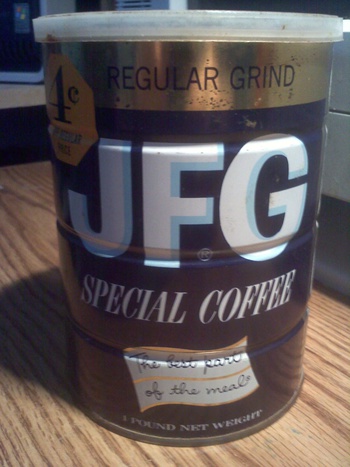 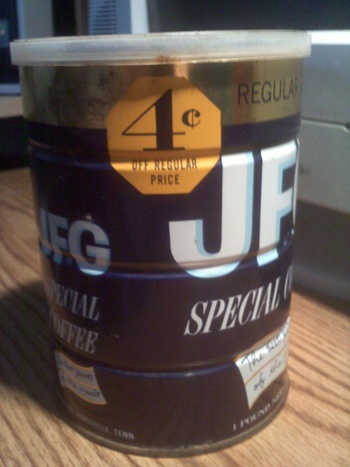 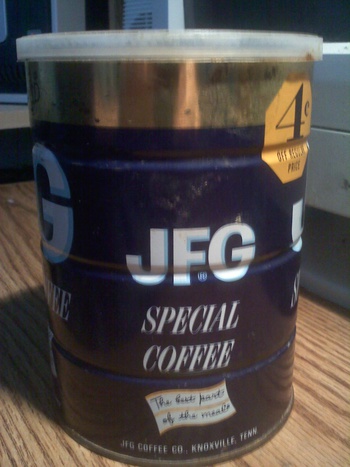 Found a 1 lb. JFG Coffee Tin at a local antique shop. Don't know the year, but it was on sale during a time when saving 4 cents is something people looked for!

"The JFG Coffee Company began in Morristown, Tenn., in 1882 as a wholesale operation selling green coffee to grocery stores. A few years later, the company’s founder and namesake, James Franklin Goodson, began purchasing roasted beans from an old coffee company in New York for his personal use.

By 1919, JFG had begun roasting its own beans at its grocery business building in Morristown. Five years later, the company moved its roasting operations to Knoxville, Tenn., and then in 1924 relocated to another, larger facility in Knoxville."