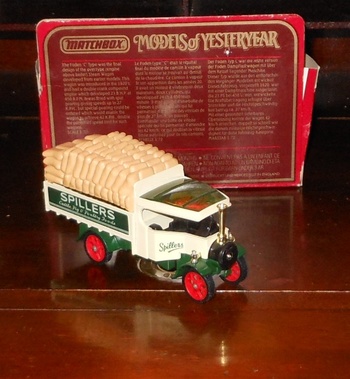 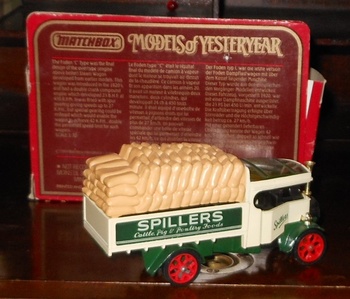 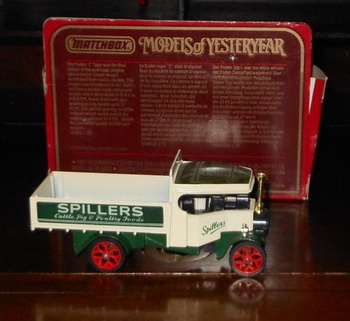 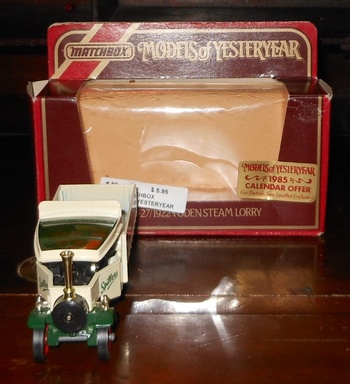 This model is from 1984. I can tell because there is an offer for a 1985 calendar on the front of the box. The steam lorries were released in many variations which is common for the Yesteryear trucks. This one is the Spillers pig farm food variation. The load is removable as they used the same die cast base with different loads and paint schemes.