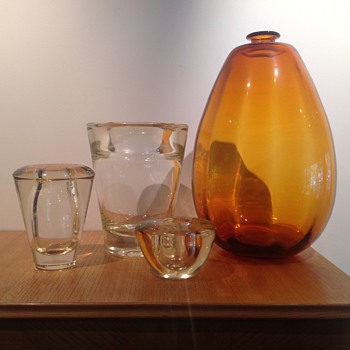 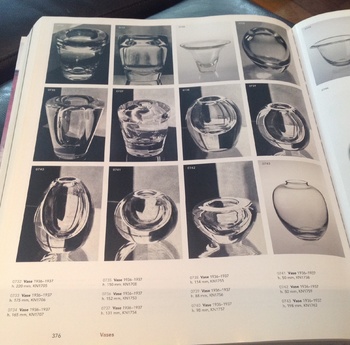 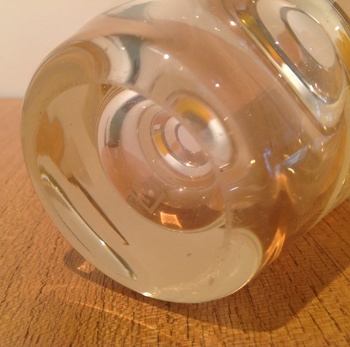 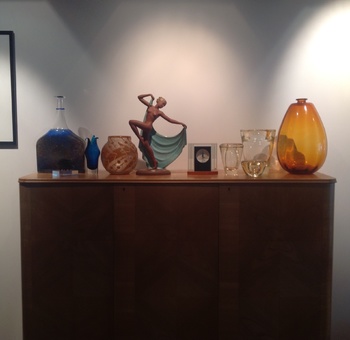 As I mentioned earlier today I was able to pick up a third optic vase by Andries Dirk Copier ... a medium sized vase that has now joined two other vases that I have had for over five years now.

The largest vase was an early EBay purchase and was found in the USA. The second and smallest came from New Zealand. The mid sized one was found in an op-shop this morning here in Sydney, Australia.

These thick walled vases play with the plastic qualities of glass. They are really quite heavy. The vase found this morning is known as KN1753. It weighs 2230 grams or 78.5 ounces.

I've put the three together here with another large Leerdam vase by Chris Lebeau "Vaas KO 737" which was produced from 1925 onwards.