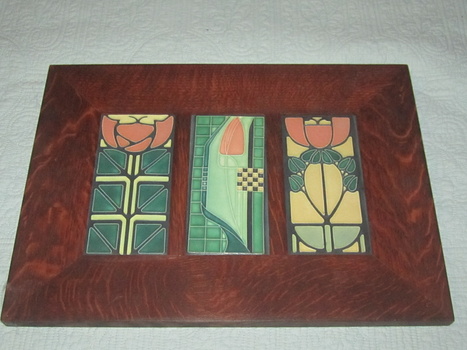 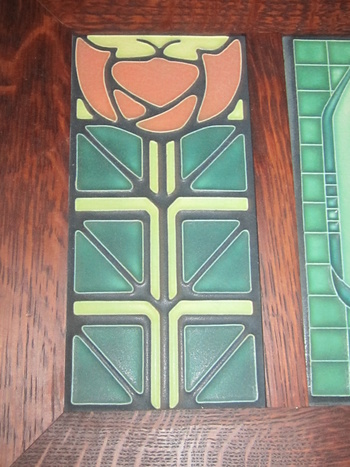 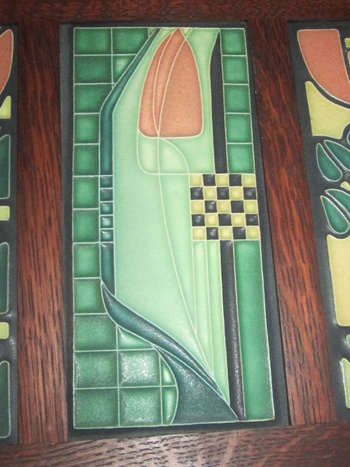 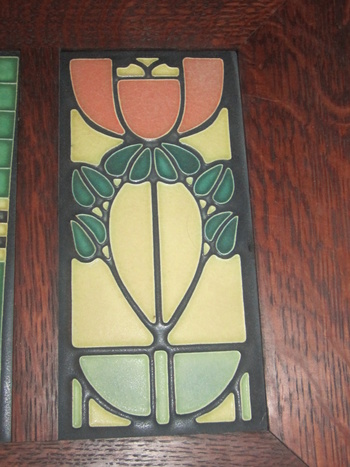 Nawal Motawi founded Motawi Tileworks more than 20 years ago. A University of Michigan art school graduate with a restless spirit and
an interest in applied arts, Nawal moved to Detroit to learn tilemaking at Detroit’s storied Pewabic Pottery. She returned to Ann Arbor
after a few years and began making her own tiles in a garage studio and selling them from a stand she rented at the local farmers’ market.

These tile frames are made by Dard Hunter Studios, founded by early Roycrofter Dard Hunter and run by his grandson, Dard Hunter III. Recently, Motawi tiles have been featured in The New York Times, The Los Angeles Times, and Dwell Magazine.