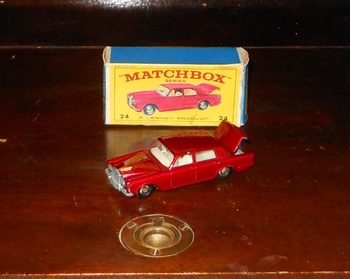 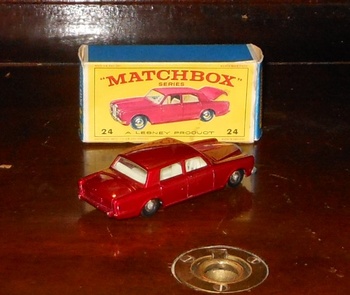 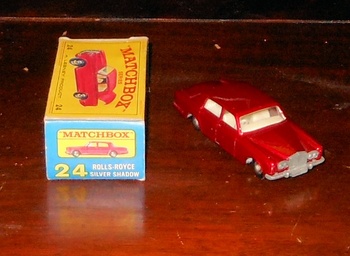 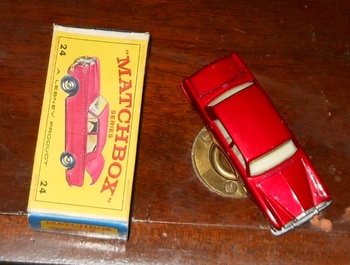 This is the 24C being the third #24, the first two being variations of the Weatherhill Hydraulic Excavator. This model was first released in 1967. The Rolls Royce featured a detailed interior and an opening trunk and thick luxurious paint. This one has a couple paint chips but luckily I have a mint one. I bought this one for the box which is not as faded as the photos appear.
It is an E style box which means this one was made in 1967 as in 1968 it was released in the F Box.