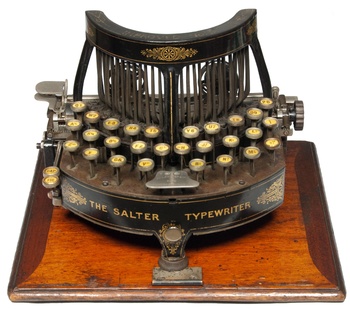 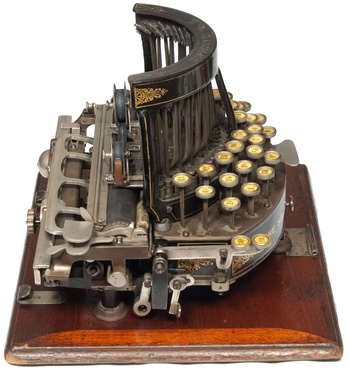 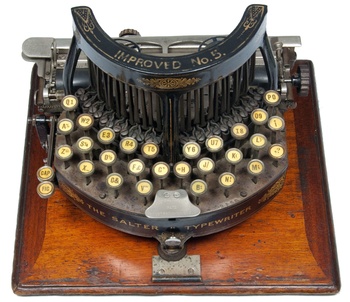 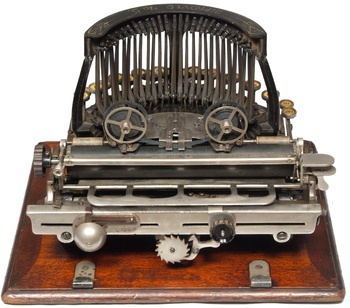 The pure Victorian styled Salter No. 5 is one of England’s first manufactured typewriters.

The Geo. Salter & Co. of West Bromwich patented its Salter typewriter in 1892 and began manufacturing in 1896. They were well known at the time as the makers of penny scales, which were a common feature in train stations and other public areas.

It was interesting to see, when I was restoring this typewriter, just how substantially it is built with very thick pieces of metal used throughout its construction. It was built well beyond the structural needs of the typewriter. I had the clear impression that they were building into their typewriter, the same strength requirements that their penny scales required.

You can see my entire collection of 19th century typewriters at - antiquetypewriters.com

Royal Parade Made in Holland Typewr...
$47