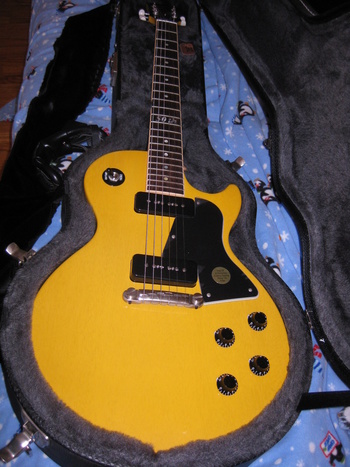 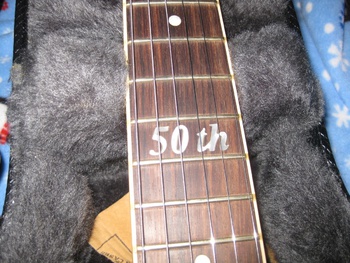 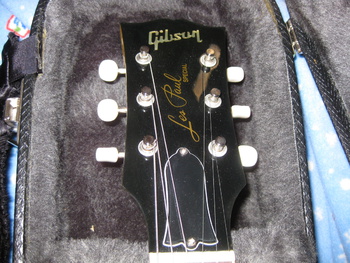 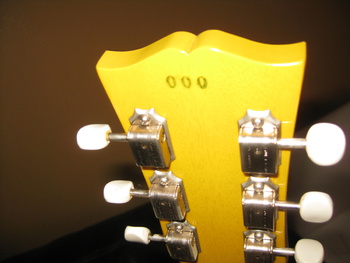 The story behind this special guitar is that in 2002 a local San Diego dealer made a large Gibson order. Instead of the company giving him a 10% discount on the large order, they provided him with 5 additional guitars that were “Special”.

A few days after receiving his entire order, Gibson called him and said “don’t sell those five guitars” as they prototypes for the 50th anniversary guitars we are considering. They are not approved for sale yet. The dealer had in fact already placed them on the floor and sold them. I purchased this guitar from the original owner's estate. I had multiple shop owners look at the guitar and they all agree this is a very cool guitar and apparently only two exist in this configuration.

The guitar is in BRAND NEW condition. It has never been played. It still has the plastic on the pick guard. Additionally, the serial number on the back of the head states “000” as it was never officially released.

This guitar is a strange bird. Doesn't have a normal serial number, wasn't approved for release, and mistaken was sold. Having a serial number of "000" makes it that much more awesome!