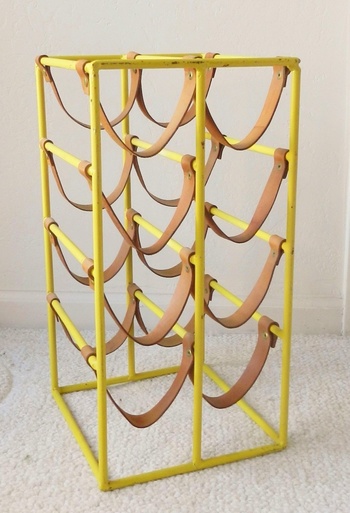 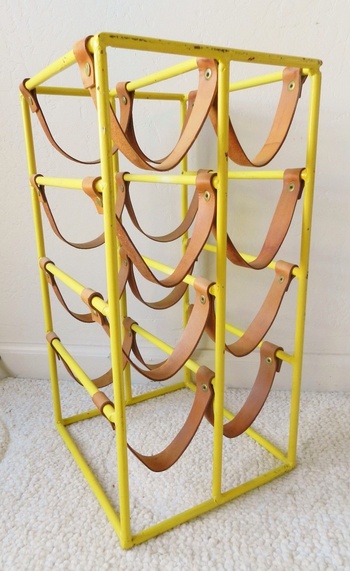 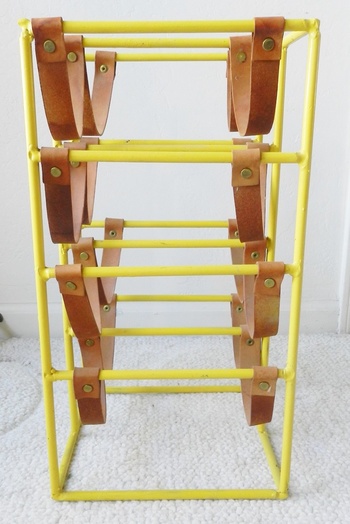 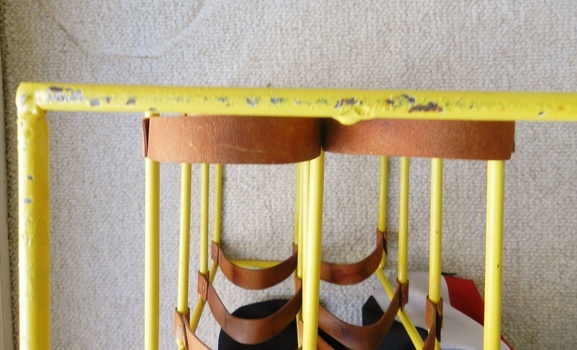 I found this strange piece a few months ago. I've seen a lot of these McCobb/Umanoff leather wine racks, but never one in any color other than black. I checked the bottom where some of the paint has been rubbed off and was able to tell that it was not painted over afterwards, and that it was originally yellow. Not to mention that the leather straps don't come off, it would be hard to re-paint it without removing them.

I ran into the owner of a booth in an antique mall, one with very expensive, iconic mid-century modern pieces, and that day he just happened to be walking into his booth with a black one of these in his hand while I was browsing.

I showed him photos of my yellow one on my phone and he said that it was definitely McCobb/Umanoff, and that he hadn't ever seen one in a color other than black. He suggested that I should show it to some gallery in CA called "Orange," but I couldn't find it online...

Anyway, just thought I'd share this strange piece. Anyone ever seen one of these in a color other than black?