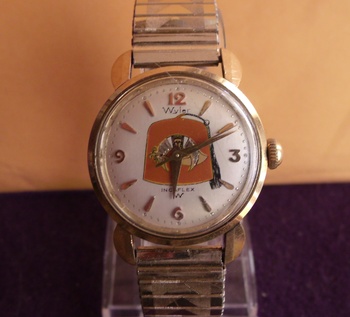 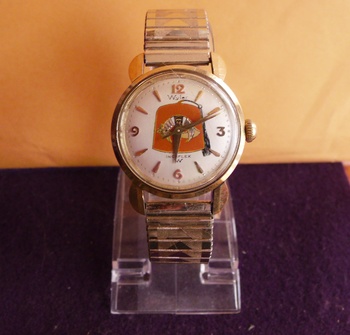 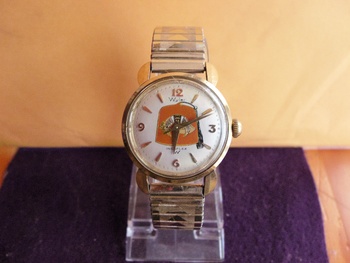 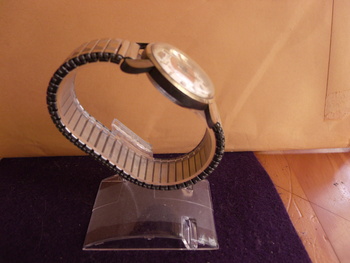 This for a few of those "Shriners" here on CW......Trey, you wouldn't know any, would you :-). First here's a little history about the company.
Wyler presented its first 16 and 19-line precision movements to the public in 1923. The particularity of these was the Incaflex balance wheel, which was legendary at the time. The Wyler Incaflex balance wheel is protected along its diameter by two curved, elastic arms, which absorb any shocks to the balance wheel.
Wyler gained worldwide notoriety with a spectacular marketing stunt in 1956, when two watches were dropped from the top of the Eiffel Tower and continued to function after the fall.
In 1960 manual and self-winding models from the Incaflex range became the official railway watch of the Santa Fe Railroad.
This particular watch is a 17 jewel, 10K plated "Fancy" lug, Swiss made watch, circa 1951.
Thanks for looking,
Kerry