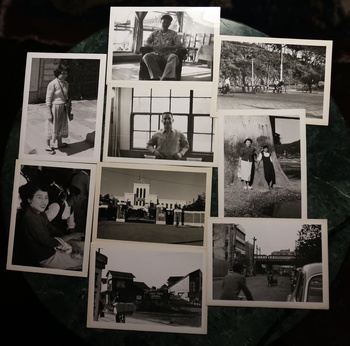 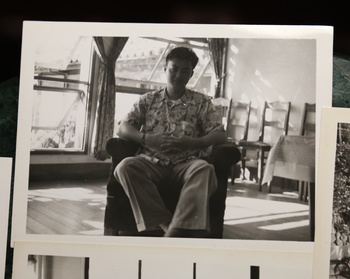 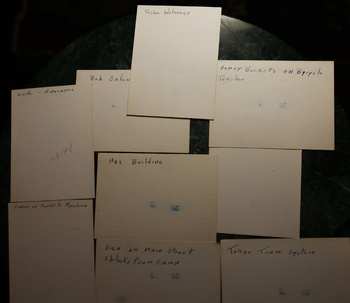 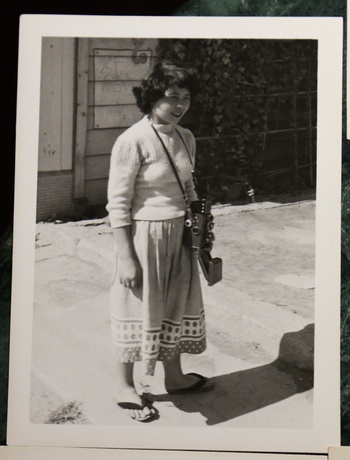 The person in the second photo is labeled on the back 'Toshio Watanabe' and i think i found some very intersting info about his son.

i think his son is a professor at Train - The University of the Arts London Research Centre for Transnational Art, Identity and Nation is a forum for historical, theoretical and practice-based research in architecture, art, communication, craft and design.

'I grew up in a transnational environment. My father is Japanese and my mother German from Transylvania in Romania. I was born in Bern, Switzerland, but grew up in Japan. I studied at the Universities of Sophia (in Tokyo), Tokyo, London (Courtauld Institute of Art) and Basel, where I completed my PhD. I first started to teach at the City of Birmingham Polytechnic, where I ran the MA in History of Art and Design. Then I came to Chelsea in 1986, initially as the Head of Art History, later becoming Head of Research and now the Director of the TrAIN Research Centre.

I am an art historian, studying mostly the period 1850-1950, and am interested in exploring how art of different places and culture intermingle and affect each other. I have worked in the field of Anglo-Japanese relationships in art, and publications in this field include High Victorian Japonisme (1991. Winner of the Prize of the Society for the Study of Japonisme), Japan and Britain: An Aesthetic Dialogue 1850-1930 (1991, Japanese edition 1992, co-edited), and Ruskin in Japan 1890-1940: Nature for art, art for life, (1997, Winner of 1998 Japan Festival Prize and of 1999 Gesner Gold Award).

I was the Principal Investigator of the three year TrAIN research project ‘Forgotten Japonisme: The Taste for Japanese Art in Britain and the USA, 1920s-1950s’, funded by the AHRC. I am interested in dealing with any relevant medium, whether architecture, design or painting, but more recently I have been concentrating on investigating the modern Japanese garden in its transnational context. I am also fascinated by the history of Japanese art history and would like to examine more how Japan’s struggle with modernity was affected by not only Western but also other Asian cultures.'