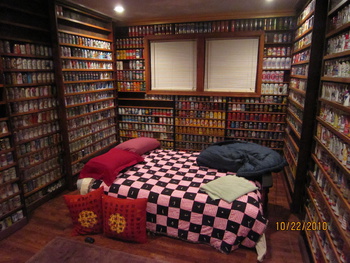 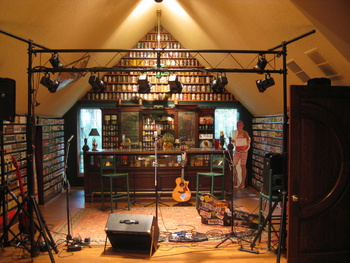 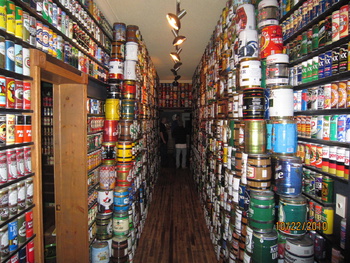 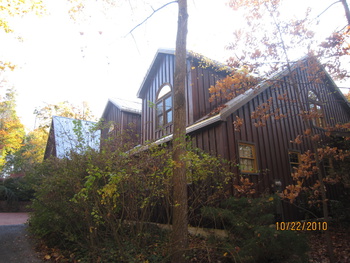 There is someone I know that put himself in a bit of a quandry. He loves to collect beer cans and his collection was getting to be a bit too much for his wife. So she said if you want to keep your cans and/or continue to collect them, then build your own house!! She was okay with it as long as an additional kitchen was built into it so she could do her canning. So he did. Right next to the one he lives in and he called it "The Beer Can House". He has even been on television because of the enormity of his collection which seems to be the largest in the world. He still has to contact Guinness to verify.

The house actually has 2 bathrooms, a shower, kitchen, and 4 bedrooms. Each bedroom is named after the beer cans that are in it. For example the Pacific Rim room that I stayed in while I was there shown in the picture above. The wall in each and every room has row upon row of beer cans. Some walls even slide to reveal other cans. The upstairs also has a stage set up for bands to play. He is a musician and at times will have benefit concerts here with him playing or other bands.

There are so many rooms and so many cans that these pictures completely fail to reflect the massive amount of cans displayed and collected. He even had to build an addition onto the house in the back for more cans. I did my best to give each of you an idea of what is there and how it looks. The cans include both foreign and US mainly from the 1930's ,1940's, and 50's with cones and flats.

I also put up another show and tell to show some more pics for those of you that are interested.

A perfect example of collecting gone completely mad!!! Thank you for looking. My friend thanks you as well. And have a blessed day my friends! : )