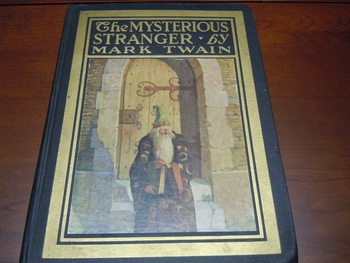 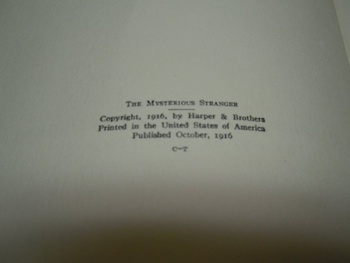 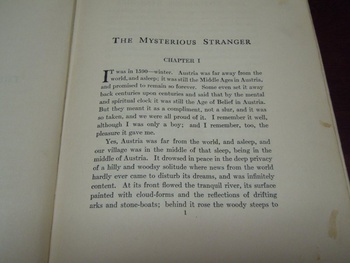 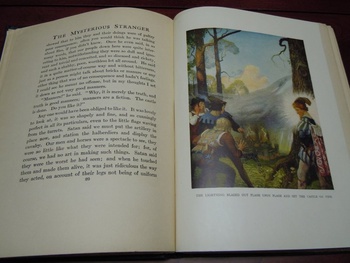 This is a first edition of Mark Twain's final novel, The Mysterious Stranger. It was published posthumously in 1916 and is about a young "Satan" who appears in a 16th century Austrian village.

This book was my mother's. She got it from a relative of hers whose name is on the inside front cover. I have no idea if it is worth anything, but I'm an avid reader like my mother so it's hard for me to get rid of books.

I have a whole bookcase full of books ranging from about 1910 to 1925 that were originally my grandfather's. He loved Westerns (as do I) and one set of books is Clarence Mulford's "Hopalong Cassidy" series.