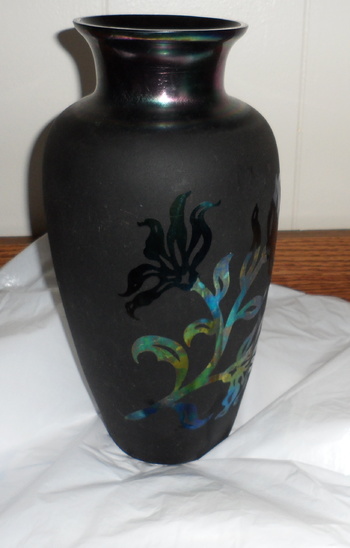 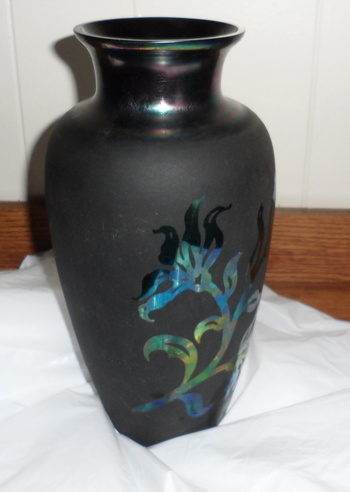 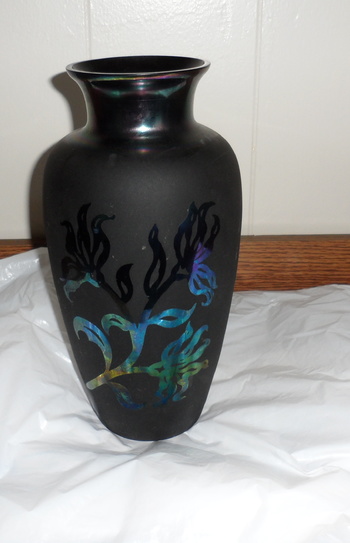 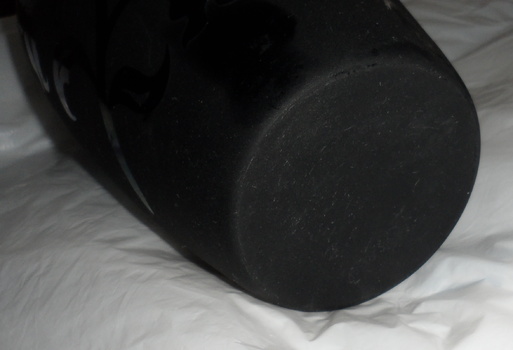 This beautiful vase was discovered in my late mothers' home, our family remembers if being given to our parents from our uncle who lived in Conneticut, USA and worked in New York. It was bought sometime in the 1980's (earlier rather than later).
It's iridessence against the black is simply gorgeous, it is also in pristine condition...we found one other such vase, but that is being sold and he couldn't specifically state who made his piece either. https://www.chairish.com/product/160328/rare-black-cameo-glass-iridescent-vase
There are no signature marks whatsoever but we would be interested to know, could it be "Arthur E. Court"? We do not think it could be Johann Loetz, it seems we have run out of designer name suggestions....
Any and all possible suggestions would be greatly appreciated.