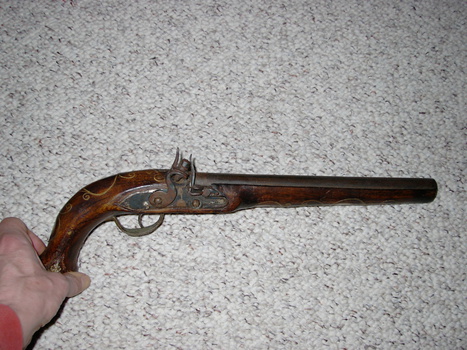 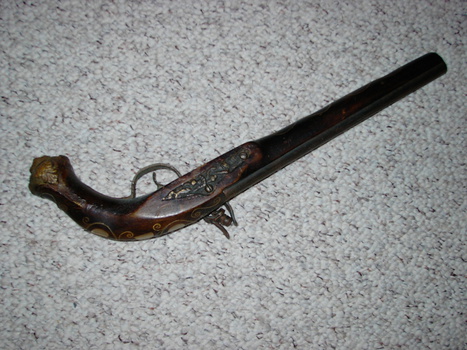 This is a long story .I was doing a remodel on an old farm house. When we riped out a wall we found 3 pistols one had a hachet on it , one had a dagger and this one. The home owner told us to keep them the other two were sold for $1500 by the other guys I worked with. I held on to this one. Now I have taken it to a gun show no one could say if it was real or not so I got a gun dealers name and I went their. He said that it was real and that it was made in the late 1800's in the mid east. He said that they would use old pipes as a barrel and that some one disabled it.
To me it does seem light I'm just not shore what its worth or if it is real
I tend to think it is 1930's replica but its got alot of hand worn marks and the gun guy said it was shot . I have no idea please help