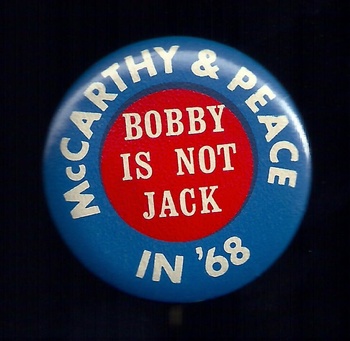 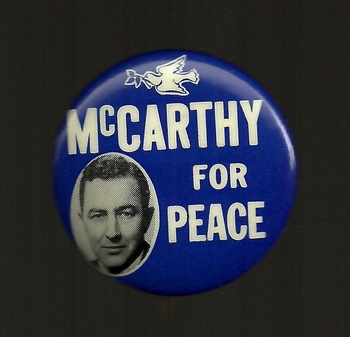 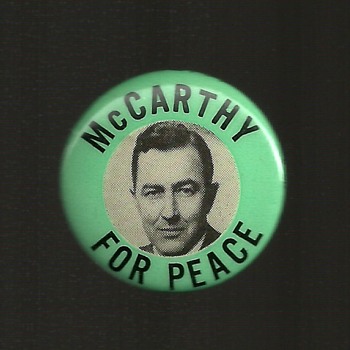 Three Eugene McCarthy Button's, 1 of the many 1968 "PEACE" Candidates (If you were around then you know there was nothing peaceful about 1968)
All 3 are Lithograph's

GENE McCarthy in a rarely seen move ran in 68 against the sitting President from his own Democratic party Lyndon Johnson and attended many Anti War rallies is not to confused with Republican Senator Joseph P. McCarthy of Wisconsin who spent almost five years trying in vain to expose communists and other left-wing “loyalty risks” in the U.S. government AKA McCarthyism.

I have another 1968 McCarthy pin posted "Change the scene with Gene" from about a month ago.