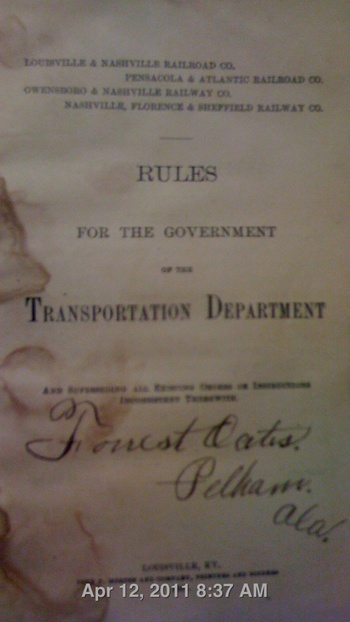 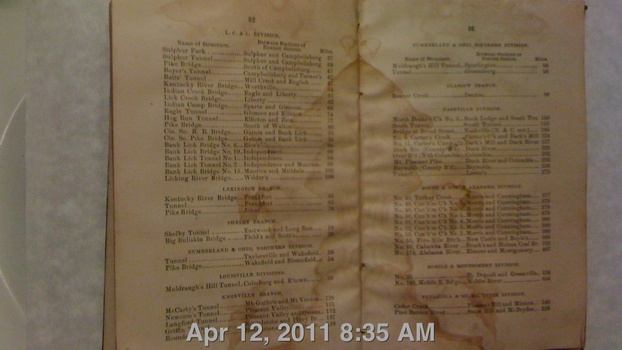 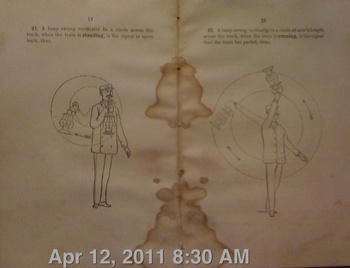 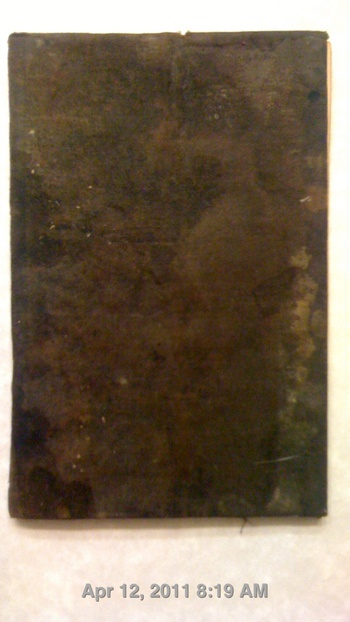 As, I was pondering through a basket full of old magazines I stumbled upon this Rule Book for the L&N Railroad (Louisville & Nashville RR) which was published in 1887 and apparently these rules were still in affect on January 15, 1894, that is when the original owner signed and dated the inside cover. No photo is available, as you can see the book is stained and his signature and date would not show up in the photo but I did attempt to take a few photographs of the pages that weren't stained as bad, the writing can still be read on every page, but I'm having to use a older camera and the photos are not as clear and detailed as I would like them to be.

Photo 1. This is the 3rd page giving the name of the book and the person it was issued to.
Photo 2. This is a schedule of the train station stops with the distance in miles.
Photo 3. This is a picture of conductor giving the signal to move back and move forward when the train is departing.
Photo 4. Cover, I can see where the cover once had print on it but considering that the book is cloth covered, it's too faded and stained to make out exactly what it said.