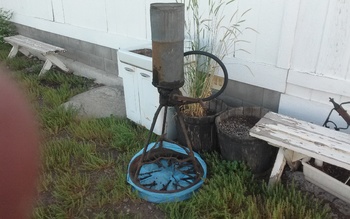 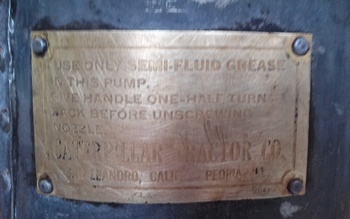 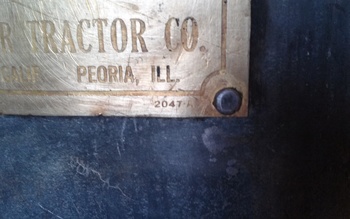 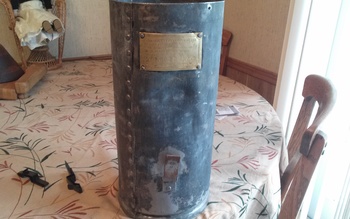 I am a refurbisher; I mostly rescue wonderful treasures from the local land fill, which I refer to as the"free antique store". So your thinking "what does this grease pump have to do with the dumps?" everything, because that is where I got it!
Fyi.....It's not finished yet. However, I wanted to share what I gotten done so far. Because, I noticed that Brunswick was born and raised in the town that was (may still be) Catapillar's HQ.
HISTORY: pre 1925 Catapillar grease pump: according to a Catapillar club member, this pre-dates, or right after, the passing of the original founder of Catapillar. It was painted Gray & Burgandy (? on shade of red).
When I began stripping the layers and decades of barring grease I couldn't tell what color it was, I didn't even know it was made by Catapillar until I pulled the bucket that was being used as a lid, off the top and exposed the plague. I was also told that mount the pump to a Model-T rim, was common practice. I will update when finished.