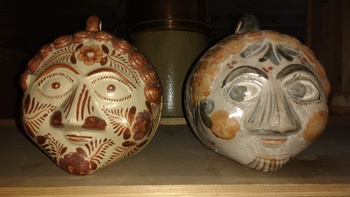 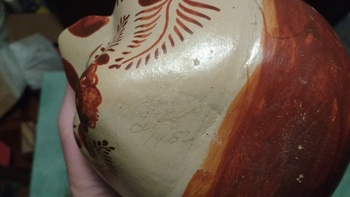 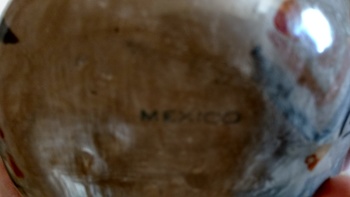 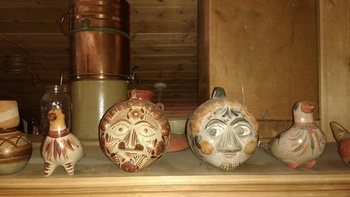 I am LOOKING FOR AN EXPERT to ask questions about the differences in Tonala pottery making methods, dating pieces and the pre-hispanic origins of the Nahual, Tonalá flower, and especially the Tonala Head???

Head Theory 1 - Mexican pottery skills are deeply rooted in the Olmec culture, considered to be the “mother of the Mesoamerican cultures”.....I therefore suspect the head bank is based on the Mesoamerican ballgame " Ullamaliztli " in Nahuatl, " pitz " in Classical Maya, and in modern Spanish " El juego de pelota ". This particular sport has been played with ritual associations, since 1400 BCE by the pre-Columbian peoples of Ancient Mesoamerica, originally using a human head as the ball. The sport had different versions in different areas dating back a millennia, and a more modern version of the game, called " Ulama ", is still played in a few places by the indigenous population.

Head Theory 2 - Another possible origin of the Tonala heads is they are simply a crude portrait of gods or deceased family members designed to be kept around the house as a urn, or left as an offering on graves similar in origin to the Spanish holiday " Day of the Dead " (Día de Muertos).
.
The boy Tonola head on the right was a tourist memento-piggy bank that an uncle brought back from Mexico around 1975 as a gage gift for my family. I think he actually picked it up in Zihuatanejo, which is on the west coast of Mexico, south of Tonala, which is inland. It has the blue "MEXICO" stamp on it, which I only mention incase anyone is trying to date these things. For over forty years my boy Tonala patiently waited for a beautiful senorita to come along, and when I finally brought a girl home, it was this crazy looking white girl sitting on the left dated 1952. The difference being the newer one on the right has a darker clay with a rubbed glaze (burnished), whereas the head on the left is made of a whiter clay that was simply dipped in a slip glaze (to seal the clay) and painted canelo style (cinnamon) before polishing it with lard and low firing it. This is a good comparison of similar two-piece molds (5 1/4" tall) used when the burnished method of making pottery came into favor around Tonala in the mid 1950's.

Besides the difference in the clay and glaze, starting in the mid 1950's, Tonala pieces have "Mexico" scratched in, painted across , or stamped on its bottom.....and on occasions the artist signs them in various ways, typically with wide lines. My early white Tonola head has nun of the traditional newer markings and plus its dated "Oct 8 1952". The thin slip glaze makes it hard to tell if the writing is above or below, plus it has ware/glazing marks across the script. I have never seen a signature on an older piece of Tonala in what appears to be a fine tipped pen or pencil or a date like this piece has on it (FYI...My camera distorts color when zooming in)....UPDATE...After several local examinations I believe the writing is under the glaze. Therefore I am now wondering if anybody can provide signature examples, for comparison, of the families most proficient in the Canelo style, which include: Jimenez, Pila, Gueta, Pajarito, Fajardo.

Any SIGNATURE INFO or thoughts on this canelo head will be greatly appreciated ???

HISTORY - Before the Spaniards arrived, pots were traditionally made in the town of Tonala in Jalisco, Mexico. Although it is still the center of ceramic production in Mexico, modern methods are the result of techniques introduced by the Spanish during the colonial period and the introduction of high-fire techniques in the 1950s and 1960s by Jorge Wilmot and Ken Edwards. Today, the four most common clay finishing methods used in Tonalá are burnished ( bruñido ... IE rubbed clay) , bandera (flag colors), petatillo (woven straw), and canelo (cinnamon colors).
.
COLOR - The frequent color combinations of classic Tonala include delicate tones of rose, cinnamon, gray-blue and bone white on a background of brown or antique white clay. I believe the use of bright white and yellow paint occurs around 1960. Typically, pieces with duller shades of paints suggests it was made prior to 1950.
.
FORM - The potter's wheel was unknown in early Mexico, so pieces were shaped by molding, coiling and other methods, which accounts for the variations in their work. The forms that this pottery "commonly" comes in includes plates, necked and no-necked jugs, carafes, water decanter & cup set ( botellones ), candle sticks, dinner bell, tile, etc.. The more traditional shapes are gourd vases-decanters, and numerous animal fetishes shaped like a bird, egg, cat, fish, shark, frog, turtle, squirrel, rabbit, etc... The "rarer" of the forms include a frog with protruding front legs (they break off), Peacock (tail brakes off) egg ( jewelry box & x-mas ornament), donkey/pony/horse kneeling/laying down, dog, snail, lion, peg leg turtle, ladybug, and especially the piggy banks (pig shaped, human heads, etc...Older banks are rare because children broke them open to retrieve money since most of them did not have any drain hole plug in the bottom). The head shaped banks come in large (around 6") and small (around 4"), and sometimes smaller heads appear as the spout of water jugs. In regards to the piggy banks, sometimes referred to as guinea pig banks because of their odd appearance, are actually a javelina (hah-vay-lee-nah) which is not a pig, a feral hog or a wild boar. However, in my opinion the "oddest" of all the animal fetishes is the lion, elephant, etc.... because what tourist picks up an African animal as a memento from there trip to Mexico....LOL

VALUE - The value of Tonala pottery varies greatly depending on its age, painting, condition, signature, rarity of form, etc... The rarest of Tonala pottery is that of canelo style (cinnamon), but rarity does not always dictate value. Although its currently low in value compared to Native American Pottery, as the percentage of Mexican Americans in the US population grows so will the popularity and price of this unique art form. Currently, Americas hot spot for collectors of Tonala pottery is, not surprisingly, New Mexico.
.
INTERESTS - My current interest in Tonala pottery is primarily that of heads and animal fetishes in the more primitive canelo (cinnamon) clay that is reminiscent of pre-Hispanic times. The common motif of canelo pottery are palm leaves and the Tonalá flower (flor de Tonalá ). Unfortunately, a limited selection of forms exist because canelo is the method typically used for making common everyday earthenware, especially water jugs called " botellones". The low fire technique and semi porous nature of the clay allows for water placed in them to stay cool through natural evaporation. Canelo Pottery, also know as " Loza de Olor " also imparts a certain smell and taste in the water that's held in these jugs, which is desired by some people. The traditional sculptured form of " botellones " is that of a fat round body and long neck, with a cup placed upside down over the neck.....I would also like to find an early nahual in the canelo colors, which is a large, jaguar like cat with a smiling face. The nahual is a shamanic shape shifter who moves between the human and animal worlds. The term refers to both the person who poses that ability and to the animal itself that acts as its alter ego or guardian animal.
.
Admittedly, I also like the newer burnished method, but it does not always produce the cleanest results. In many cases a lack of both paint and glaze around attachments, especially around things like handles and animal legs, makes the pieces look hastily done and unfinished.
.
.
.
.
.
.
.
.
.
.
.
.
.
.
.
.
.
. 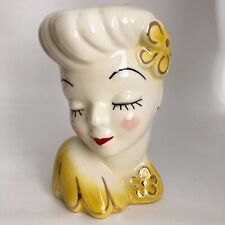 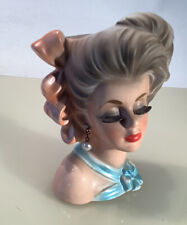 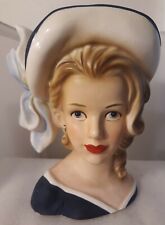 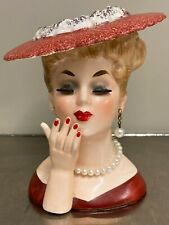